Rapoo is a brand that started in China and has just recently formally entered the Philippine market to distribute computer peripherals and audio products.  The brand is known in other countries as a manufacturer of products like computer mice and wireless keyboards and audio accessories like wireless speakers and headsets.  The brand has been available in the Philippines since last year but it was only this year that it has been formally launched in the Philippines through a local distributor.

I have a couple of Rapoo items to review, the other being a wireless mouse, but I chose to do this review first as my interests lean more towards audio peripherals.  The item under review is the Rapoo H6060 Bluetooth Stereo Headset, a wireless headset that uses Bluetooth 2.1+EDR wireless transmission protocol. It’s compatible with A2DP Bluetooth devices like laptops, tablets and phones.

Industrial design is almost as important as performance as most people look first into a product’s design before even considering the same for testing.  We seem to be looking for something beautiful and appealing.  It’s human nature. 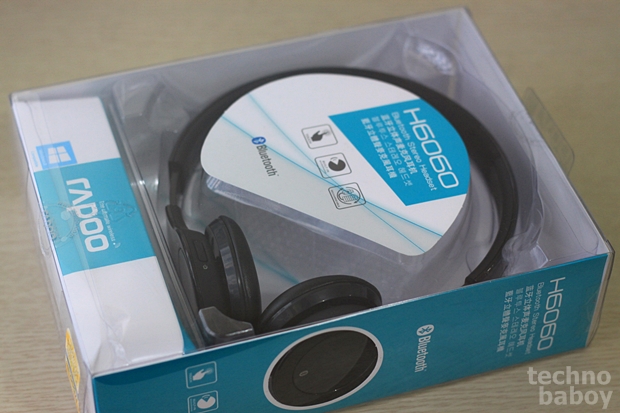 The Rapoo H6060 will have no problems in getting the attention of buyers.  It’s a beautifully crafted piece of device that reminds me of Beats headphones, minus the wire and the “B” logo.  It has a glossy black finish on the outer part, which is good since it adds appeal to the product, but bad at the same time since it attracts prints and smudges easily, but nothing a piece of cloth can wipe off quickly. 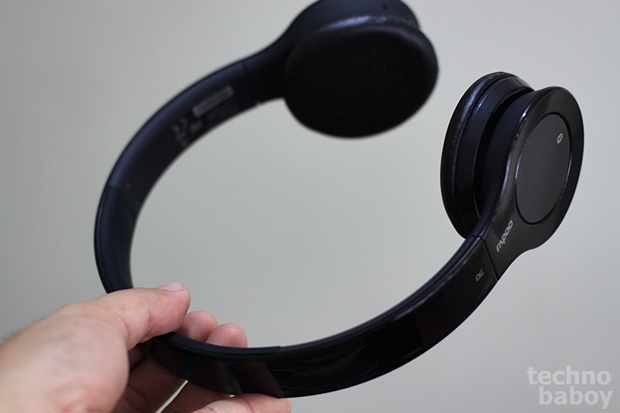 On the inner part is a combination of matte and rubber finish, perfectly complementing the glossy outer finish.  The part under the band has a soft padding that feels comfortable on your head.  The matte finish extends to the inner portion of the circular part that houses the ear cups.  The ear cups are wrapped in leather-like material that’s resistant to sweat.

The ear cups are not recessed in the middle like most headphones.  The cups on this one are flat, but they are padded with soft foam so the comfort level is surprisingly high.  The band is adjustable and extends by pulling the ear cups downwards. 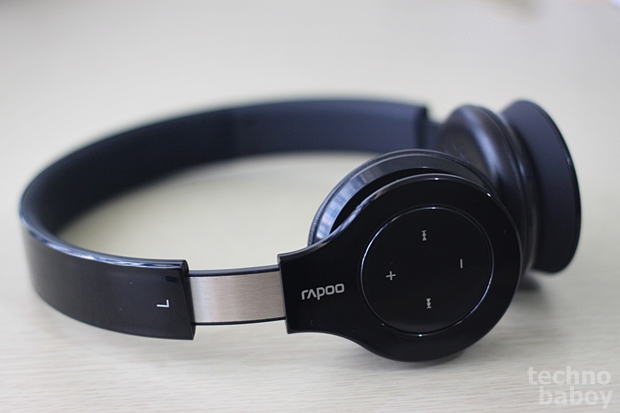 The Rapoo H6060 houses a power button on the side of one of the cups.  This button functions as the pairing mechanism as well. Not far from the power button is a latch that hides a mini-USB slot used for charging the device.  The audio controls, on the other hand, are touch operated and are located on the outer surface of the left cup.

The Rapoo H6060 Bluetooth Stereo Headset is too light so it’s really not a burden to use even for long periods of time.  The decision to mainly use plastic materials paid off for Rapoo as the headset does not feel heavy on the head.  At times I even forget I have it on, that’s how light it is. But don’t think the materials are cheap or the construction is poor.  On the contrary, this headset feels sturdy and durable. 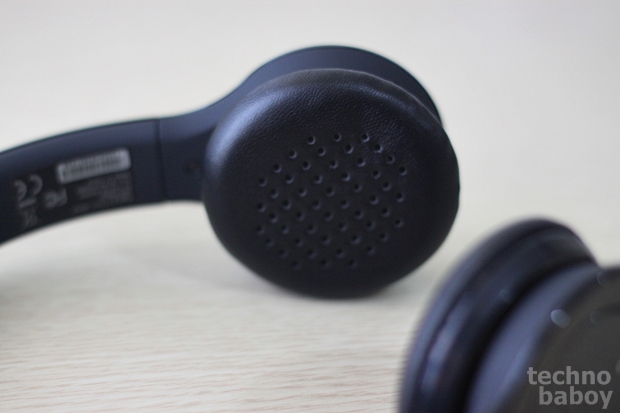 The ear cups are also comfortable on the ears.   The leather material that wraps the cups is of very soft quality and the foam padding helps a lot in preventing unwanted stress on the ears.  Remember that the cups rest on the ears, unlike bigger headphones that envelop the ears inside the cups.  But even if the ear cups of the Rapoo H6060 rest directly on the ears, there’s not much pressure.  It helps that the ear cups are hinged so they move and follow the position of your ears. 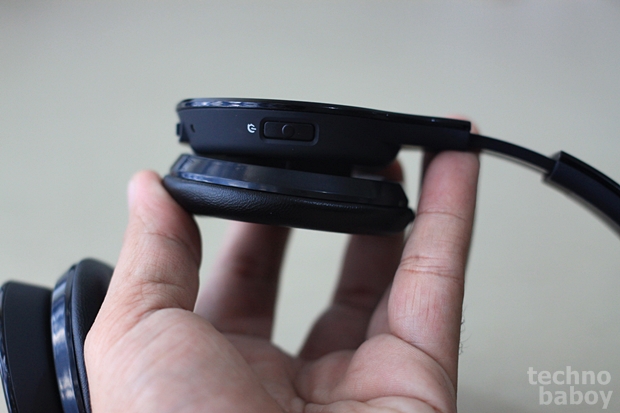 Connecting the Rapoo H6060 to your device via Bluetooth is really easy.  It connects to all devices with A2DP Bluetooth functionality.  I tried it on my iPhone 5 and an Android phone and both times, the connection was easy and painless.  Pressing the power button for a long time activates the pairing option and on your device, you simply search for the Rapoo H6060.  On most devices, the pass key is not required but on some it is.  The connection is clear, and even when the distance of the headset from the source is meters away, the connection is still clear.  I even when I positioned myself behind walls, the connection remained.

The Rapoo H6060 recharges through a universal mini-USB cable and a 3-hour charging will give you16-hour audio playback or a 20-hour calling time.

The Rapoo H6060 is touch controlled, with the touch buttons located on the outer surface of the left cup.  There are four control areas, with the top and bottom assigned for volume and the left and right for selecting previous and next tracks.   The touch surface is sensitive enough, but the problem for new users would be remembering which areas to tap on since there are no physical indicators that can guide users where to tap.  But once you get the hang of it, adjusting the volume and selecting tracks is actually quite easy. 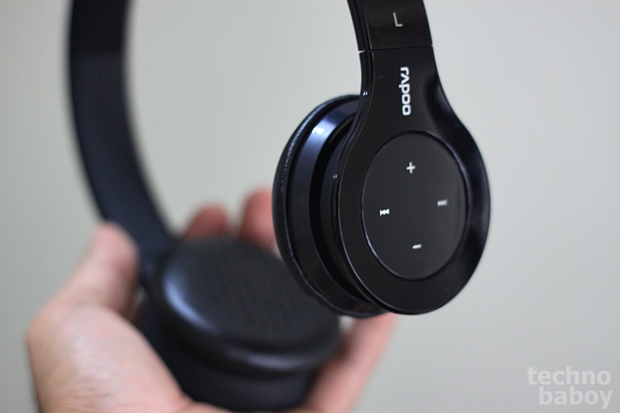 Now on to the audio performance.  Out of the box, the Rapoo H6060 delivers good sound quality, but admittedly you will get the optimal sound with a few tweaks on your equalizer or by choosing the best equalizer preset for the type of tracks you’re listening to.  The default sound is good, but not great and the main thing it lacks is treble power or details in the mid and high frequencies.  Again, if you choose the best equalizer settings, you can get the details that you need.  On my iPhone 5, what I did was I selected the Treble Booster preset and I got the sound quality that I was looking for. 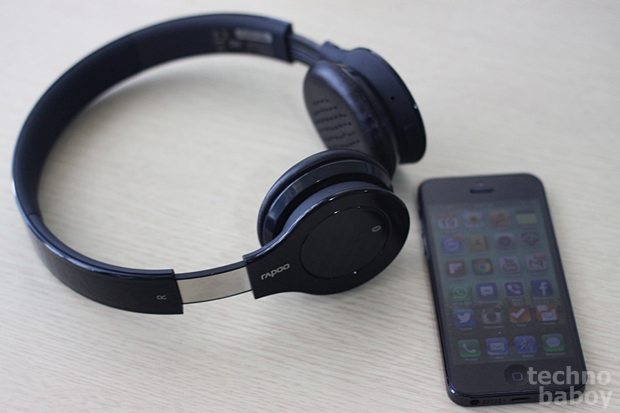 The bass on the Rapoo H6060 is good enough.  It’s even capable of ear-thumping bass that big headphones have.  The details are rich and there’s a certain warmth to its quality.  In other words, when it comes to low frequencies, the Rapoo H6060 delivers and it definitely offers a pleasurable listening experience.  Bass is definitely one of its best features.  Turning the volume on full will result in a minor distortion on the low frequencies so the optimal volume would be about 80% and at that level, it’s already too loud for your ears. 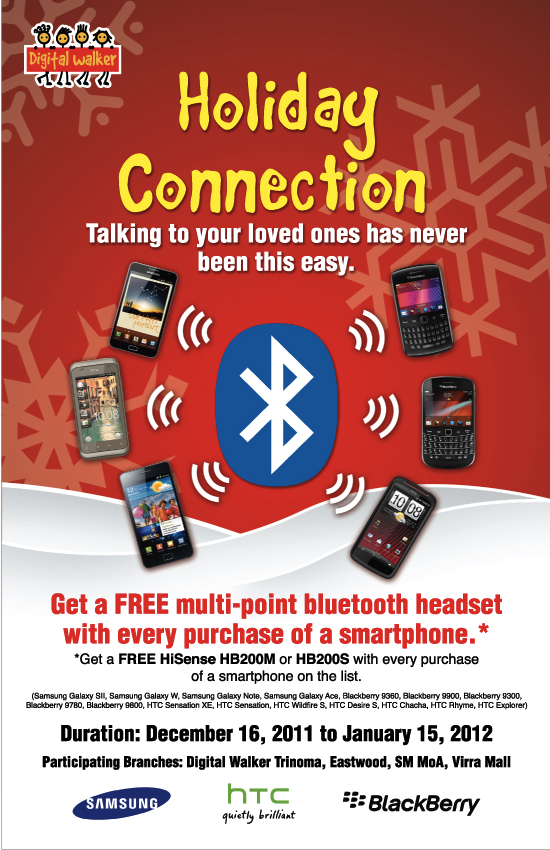