Google just launched a unified messaging service simply called Hangouts.  This a lot different from the Hangouts feature on Google+, which only involved video chat.  Hangouts is essentially a messaging app the same way Facebook Messenger is, but it has more features.  It replaces Google Talk, Google+ Messenger, and the original Google+ Hangout service.  Hangouts is available now for download on Android, iOS, Gmail and Chrome through a web extension.

In Hangouts, conversations are similar to a chat room, each with its own name.  These can then be separated by images or Google’s new emoji. Messages can be sent even if users are not connected since conversations are stored in the cloud. Hangouts can be accessed on any device since it syncs everywhere through Google’s cloud service.  The app has a video call feature that accommodates up to ten friends.  Hangouts also has a “watermark” feature that shows when someone else is typing and also shows how far others have read in a conversation. 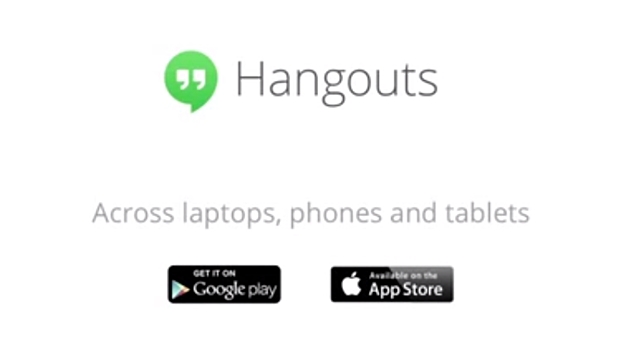 The massive popularity of mobile devices and the rising importance of instant messaging apps have lead Google to finally develop a unified messaging service that’s available on almost all platforms.  Hangouts will slug it out in the instant messaging realm and compete against the likes of WhatsApp, Facebook Messenger and the newly expanded BBM from BlackBerry.  Features like cloud syncing and group video chat makes Hangouts a compelling alternative but the lack of voice calling at this point makes it weaker than Facebook Messenger and the popular free calling app Viber.

Here is a video featuring the new Hangouts service from Google: