HTC Zara Marries Design of One and Desire

HTC’s new Android smartphone has been leaked and the design appears to have married the appearance of the One and Desire handsets.  That’s a good thing considering how good the handset actually looks.

The new phone is called the HTC Zara.  It’s a 4.5-inch device powered by a dual-core 1.2GHz MSM8930 Snapdragon 400 processor paired with 1GB of RAM.  That doesn’t sound like much so this is apparently a mid-tier phone that’s probably going to fetch an affordable price.  The display is not impressive as it only features a 540×960 qHD resolution.  It also packs an 8-megapixel rear camera and powered by a 2100mAh battery.  Other rumored specs include an expandable 8GB internal storage and Android 4.3 with Sense 5.5 running on top. 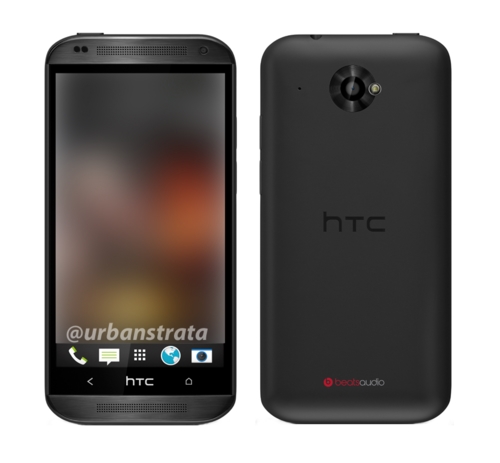 The image of the HTC Zara above shows a premium-looking device.   The front clearly borrows a lot from the HTC One and it even has the same BoomSound speakers located on top and at the bottom.  Its corners are more rounded, however, compared tho the sharper corners on the HTC One.  The back of the HTC Zara is obviously closer to the appearance of the HTC Desire series.  Overall I like this phone and it is priced reasonably, it can attract a few fans.