You may be one of those addicted to the game Plants vs. Zombies.  It started on the desktop and was released on iOS and Android devices due to its popularity.  Plants vs. Zombies is a highly entertaining action-strategy game that lets players eliminate approaching zombies with plants that spit ammunition.  The original game amassed over 30 Game of the Year awards, a testament to its creativity and high level of entertainment value. 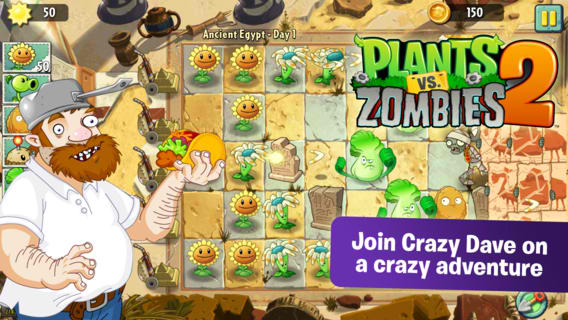 The mobile version of Plants vs. Zombies is now on its second iteration.  Called Plants vs. Zombies 2, the game from Popcap has already been made available on iOS devices but on Android, it has been released in selected countries so far.  Plants vs. Zombies 2 features new plants, new zombies and new ways to protect your brain.   The plants are interestingly named Bonk Choy, Bloomerang and Lightning Reed.  The new zombies, on the other hand, include Ra Zombie in Ancient Egypt, Swashbuckler Zombie on the Pirate Seas, and Chicken Wrangler Zombie in the Wild West.  There are now even zombie chickens in the sequel.