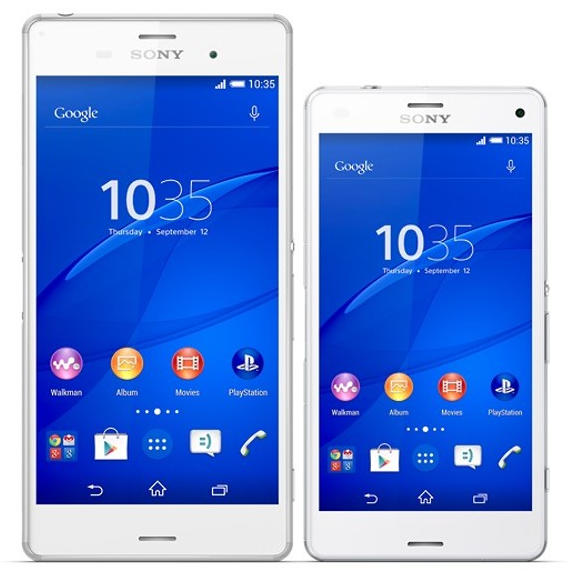 The Sony Xperia Z3 has a 5.2 inch 1080p screen and runs on a quad-core 2.5GHz Snapdragon 801 processor, coupled with 3GB of RAM and Adreno 330 graphics. It’s also thinner by 1mm all around and lighter compared to the Z2, has a 3100mAh battery and is powered by Android 4.4 KitKat.

The Xperia Z3 Compact is a “mini” version of the Z3. It comes with the same processor and graphics, but with a 4.6 inch 720p screen and 2GB of RAM.  The battery is smaller as well at 2600mAh.

Finally, the Xperia E3 is being marketed by Sony as their cheapest LTE capable phone. The entry level Xperia has a 4.5 inch 480 x 854 resolution display, a 1.2GHz quad core processor with Adreno 305 graphics, 1GB of RAM, and 4GB of storage. It also has a 5MP main camera and 1.5Mp front camera, 2330mAh battery and will most likely run Android 4.4 KitKat.

I think Sony is on a roll with these offerings. Having owned an Xperia before, Sony’s designs were always top notch.