A Warning on Credit Card Fraud

A warning to everyone: please be careful when transacting with your credit cards. My office mate received a call last week from HSBC. That’s how he found out that his card was compromised. 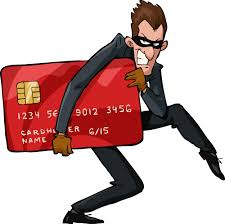 Stolen identity: It could happen to anyone

Last week, someone tried to make two online purchases worth P60k+ and P46k+ using my office mate’s information. HSBC tried to contact him to verify his purchase, but he couldn’t be reached. The company called a second time the next day and explained what had happened. He thought his card was stolen. But when he saw it inside his wallet, that’s when he realized his credit card information was used. None of the transactions pushed through though thanks to HSBC’s quick action. To the company’s credit, they were fast and decisive. The compromised card was quickly blocked, and he was promised a new one. Good thing HSBC calls to verify transactions. It could have been a lot worse.

This isn’t the first time this has happened. Last month, my cousin, using a different card, was surprised to see a P30k+ local purchase on her credit card bill. Lucky for her, she was able to successfully dispute it because she was out of the country when the purchase was made.

My point is that this could happen to anyone. My friend was really cautions and meticulous to a fault when it came to his personal information, especially credit card details. It was a surprise to all of us in the office when it happened to him, of all people.

Protect yourselves from credit card fraud

According to Wikipedia, credit card fraud is a form of identity theft. Technically, bad people pretend to be you and use your credit card to buy stuff. Protecting yourselves starts with protecting your identity and your personal information.

This post is not meant to discourage anyone from using their credit cards. This could happen to anyone, with any credit card. I just wanted to share the story, so that you are informed. Protect yourselves.