According to Google, iPhone X is the most searched phone in the Philippines. Huawei Nova 2i, three OPPO smartphones in top 10 as well.

Google has released its Year in Search 2017 report and, surprise surprise, the most searched smartphone in the Philippines is the iPhone X.

If you’ve read most of the reviews on the iPhone X, then you’d know that its a love it or hate it device. But nevertheless, it is quite popular in the country as evidenced by the long lines that formed when it launched locally. Incidentally, the iPhone 8 holds the second spot.

Another notable smartphone on the list is the Huawei Nova 2i, which holds the third spot. The mid-range phone rose in popularity because of its four cameras (two in front and two at the back), great design, and affordable price. It had a successful launch, which carried over to the holidays.

To no ones surprise, OPPO phones hold three spots in the top 10. The OPPO F5 (#4), the OPPO F1s (#5), and the OPPO F3 (#9) show how popular selfies are in the country. These smartphones boasts front cameras with high megapixel counts and compelling price tags.

If you want to see the full list, here is the top 10 most searched phones in the Philippines.

Most Searched Phones in the Philippines

Globally, the iPhone 8 is the top searched smartphone in 2017, followed by the iPhone X at two, and the Samsung Galaxy S8 ( which sits at fourth on the Consumer Tech list). The OPPO F5 is also there at number 8, boosted by its high popularity in the Asian regions.

Here is the global list for most searched Consumer Tech in 2017.

If you’re curious to see what else was trending in the Philippines during 2017 (Xander Ford was the most searched Male Personality, for example), check out the Google Trends report here. 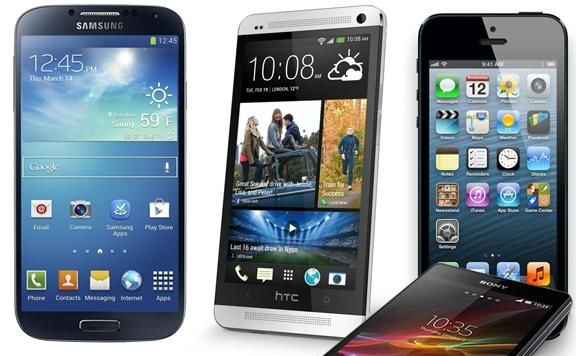 Most Searched Phones in the Philippines in 2013