The Huawei Mate 10 Pro in Pink Gold is coming this February 10, 2018. It’s the same flagship we know and love, but in a different hue. 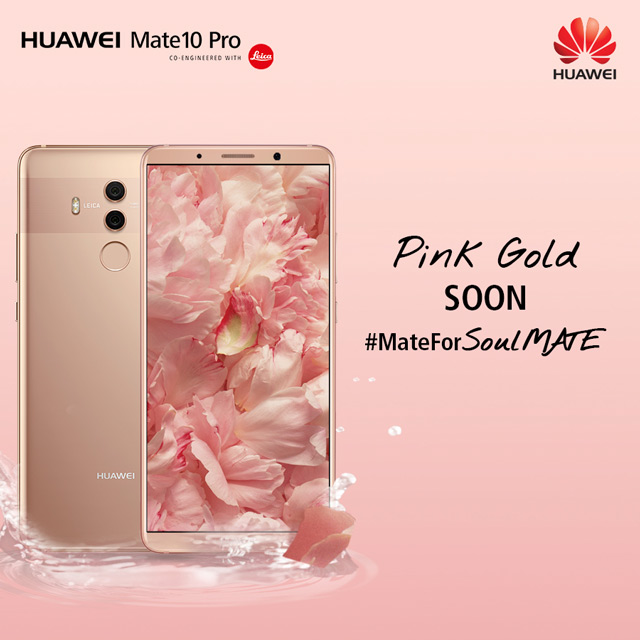 The Huawei Mate 10 Pro Pink Gold is coming to the country this February 10, 2018. Its the same flagship, mind you, but in a different hue. And the new color is actually rose gold, in case you’re wondering what it looks like.

Anyhow, the color choices of the Mate 10 Pro all look beautiful. I personally like the Mocha Brown variant, but the Pink Gold looks great.

The Huawei Mate 10 Pro features a 6-inch 18:9 FullView display, an octa-core HiSilicon Kirin 970 processor, 6GB RAM, and 128GB storage. One of the phone’s highlights is a Neural Processing Unit (NPU), its works with the processor to improve efficiency by up to 50 times, and performance by up to 5 times.

The Huawei Mate 10 Pro in Mocha Brown and Champagne Gold is available in stores with a suggested retail price of  at Php38,990. The Pink Gold variant will be available starting February 10, 2018.

Huawei Store to open online doors in PH on Sept. 23