With just a few days left before the official launch of the Huawei P20 and the P20 Pro, new leaks emerge. This time, its the price of the smartphones in Europe.

Apparently, there will be no other memory variants planned for the region. Others will get more variants.

Aside from the leaked prices, a new image (above) was included showcasing the two phones side by side. The small notch is seen, as well as the front facing fingerprint sensor. The leak also made mention the P20 to have a 5.8-inch display, and the P20 Pro a 6.1-inch display.

Another leaked image shows the Huawei P20 Pro with the notched display, and the triple Leica camera. Notice also the vertical layout of the new shooters. 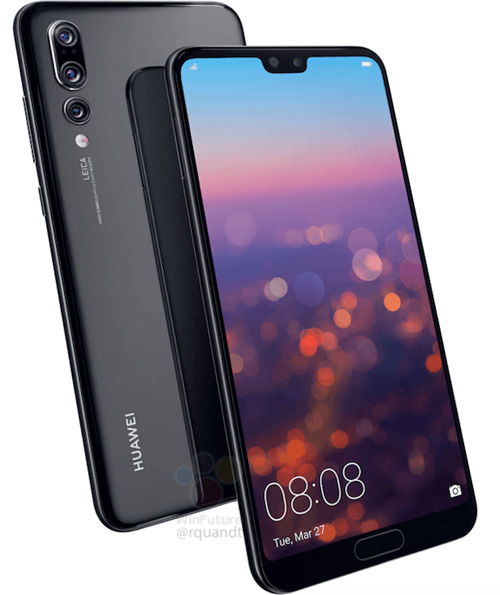 According to the source, the three cameras will have a 40MP main sensor, an 8MP sensor with a hybrid zoom lens with up to 5x magnification, and a 20MP b/w sensor. The sensors will have aperture sizes between f/1.6 and f/2.4. It will also have a new system called Light Fusion. However, what it does was not specified.

Next in the leaks are the Huawei P20 Pro’s alleged specs. The handset is said to come with a 6.1-inch display with a 19:9 aspect ratio and a resolution of 2240 by 1080. It will be powered by an octa-core Kirin 970 processor, partnered with a neural processing unit (NPU), 6GB of RAM and up to 128GB of storage.

That’s it for today’s Huawei P20 series leaks. As always, take these with a healthy grain of salt. Things could still change before the big reveal.