The Huawei Nova 3i was a highly anticipated device even before it launched. Priced at PHP15,990, this is one of the best midrangers around.

When the Huawei Nova 3i officially landed in the Philippines, it was well received by fans and regular consumers alike. The long lines of people waiting to buy the handset on launch day was proof of the brand’s popularity.

Partly the reason for this is the value the phone brings. More than its specs or price, it’s worth more than what you’ll pay for it. 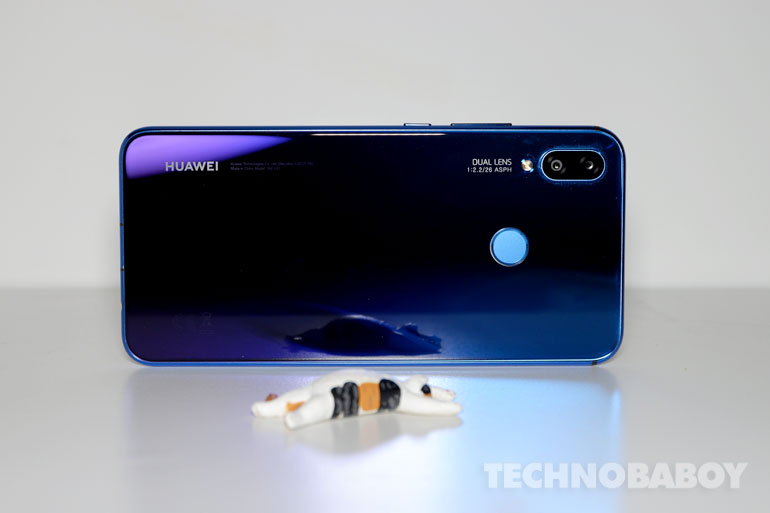 The Nova 3i features a large 6.3-inch display with a Kirin 710 processor and 4GB RAM. It comes with a generous 128GB storage with provisions for expansion via microSD card slot.

The handset features four cameras — two in front and two at the back. Each of the secondary cameras functions to provide depth information.

The phone runs on EMUI 8.2 on top of Android Oreo. It also comes with a decent 3,340 mAh battery, a rear mounted fingerprint sensor, a microUSB port, and face unlock.

The Nova 3i comes with the typical Huawei design language we’ve become accustomed to. Its sleek and long body, curved corners, and clean aesthetics give it a modern appeal that I enjoy.

The phone feels good in the hand despite its size. It’s smooth lines and edges make it comfortable to hold.

As for its build quality, it’s really quite impressive. The phone feels sturdy, thanks to a solid body and the metal and plastic frame. 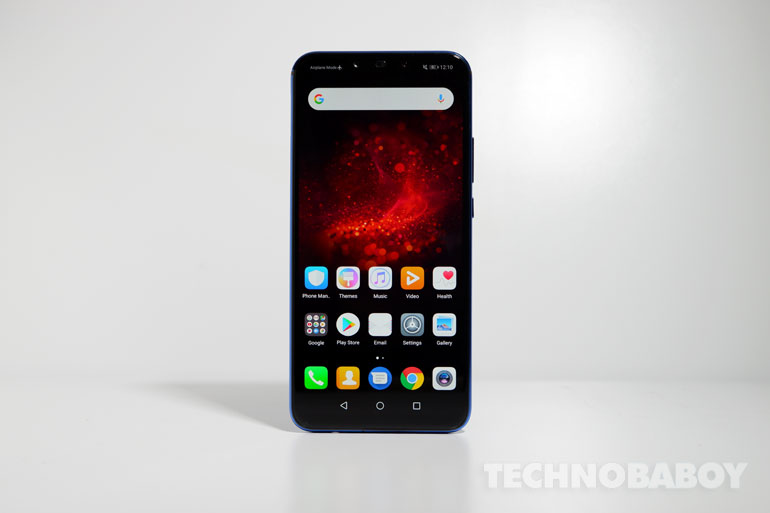 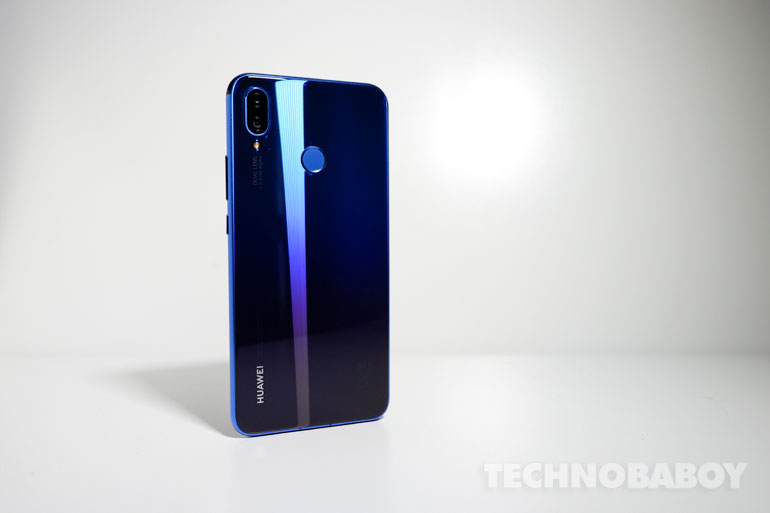 Overall, I’d say the phone is good. But if I have to nitpick for negatives, my concerns about the phone is that it’s slippery, and that the back is a fingerprint and dust magnet. 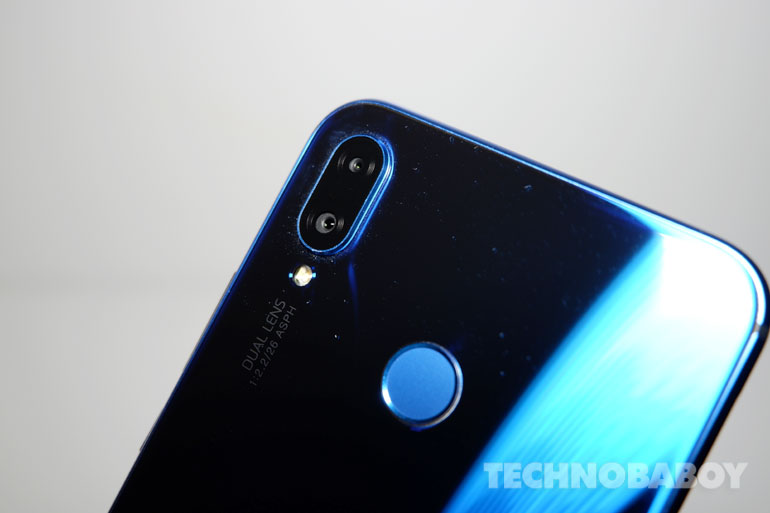 In front, you have the 6.3-inch display with thin bezels. It still has a small chin at the bottom. You have the notch at the top of the screen, which houses the two selfie cameras, the earpiece, and some sensors. There is no branding here.

At the back is another set of dual cameras and the LED flash. The fingerprint sensor is at the upper middle portion of the panel. The branding and camera information is laid out in landscape, which suggests you hold the phone on its side when taking photos. 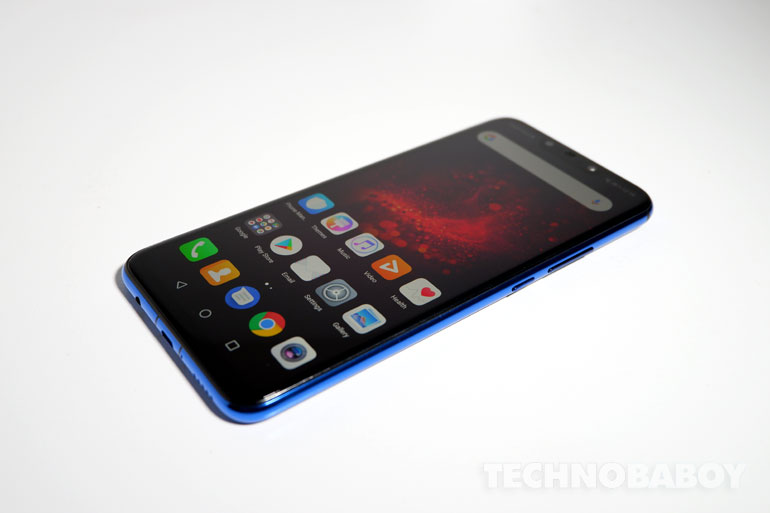 On the right side is where you’ll find the volume rocker and the power button. It can bee easily reached with either your index finger if you’re using your left hand to hold it, or your thumb if the right. The left has the SIM tray with the microSD card slot.

At the bottom is the audio jack, the microSD port, the mic, and the mono speaker. The top just has the secondary mic.

The Nova 3i sports a 6.3-inch full HD+ display with a 19.5:9 aspect ratio and a 2340 x 1080 resolution. The phone’s display is bright and colorful. It has good sharpness and good viewing angles as well. 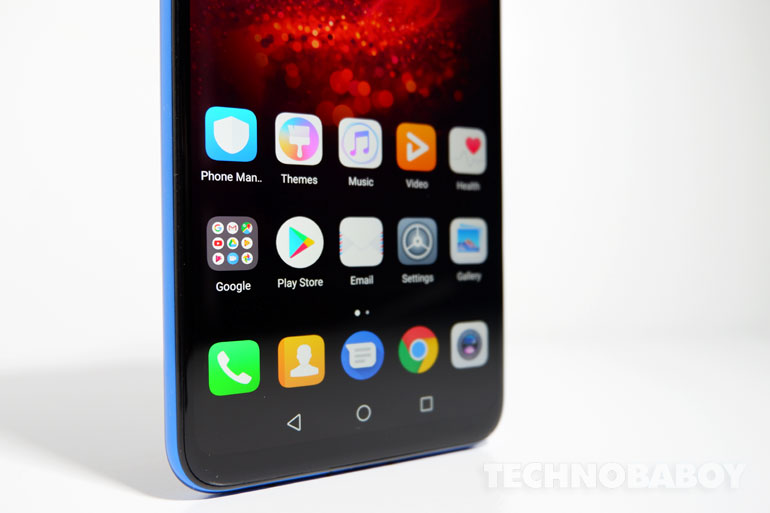 It is sharp with a satisfying color saturation and good viewing angles. It has adequate brightness, and its on the cooler side.

Like most Huawei phones, you have the option to hide the notch via the settings. The UI places a black bar on either side of the notch, camouflaging it.

The phone runs on EMUI 8.2 on top of Android Oreo. It looks like a mix between iOS and Samsung Experience UI. You can change the color scheme, icons, and wallpaper via the Themes app. Some bloatware are also present. 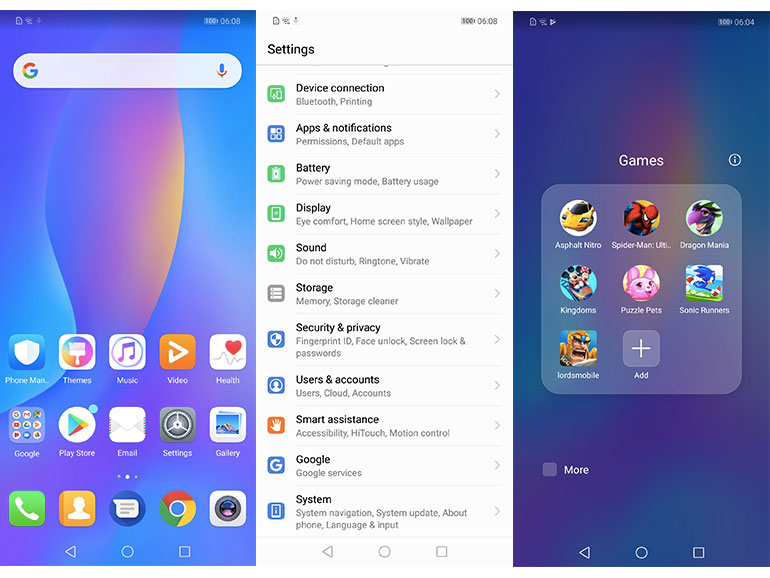 The Kirin 710 was manufactured with a 12nm process with four 2.2GHz A73 cores for heavy tasks and four 1.7GHz A53 cores for regular tasks. 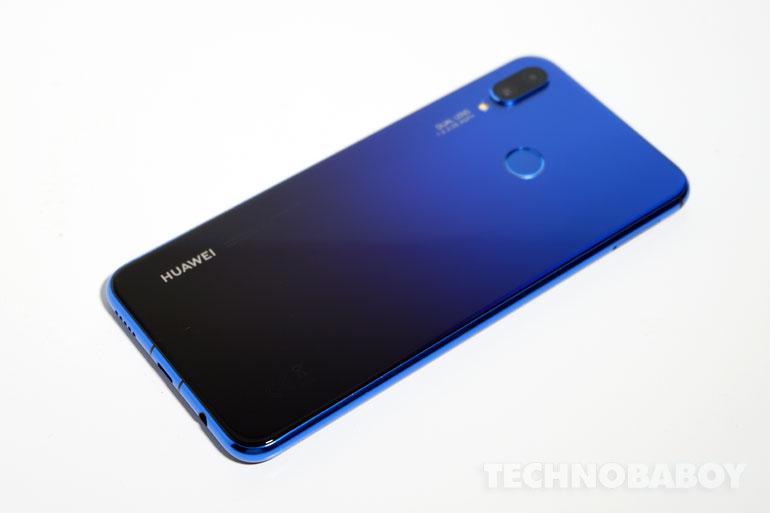 That being said the phone is fluid and butter smooth in basic navigation and app launches. Lag is nowhere to be seen. The fingerprint scanners and face unlock are fast and responsive.

Here are the Nova 3’s benchmark scores at a glance:

The handset is quite adept at playing games. I tried Tombraider Go, Monument Valley, Modern Combat 5, Need for Speed Most Wanted, Asphalt 9, and PUBG. All played without any major issues.

Calls from and to the device are clear with no issues. It was clear on both ends of the call for the receiver and the caller.

The Huawei Nova 3i has four cameras — a 16MP + 2MP dual sensor module at the back, and 24MP + 2MP shooters in front. The main sensor has an f/2.2 aperture lens. The cameras are supported by AI technology.

Looking at my test photos, photos from the Nova 3i look good. It has above average detail and sharpness with natural looking colors. White Balance was accurate and mostly on-point.

Sample images were taken on auto mode. Resulting photos has been resized in Adobe Photoshop with quality set at 60. No other alterations were made.

As for selfies, image quality is average to above average. It has moderate amounts of detail. Colors look good but its not as sharp as I would’ve wanted. 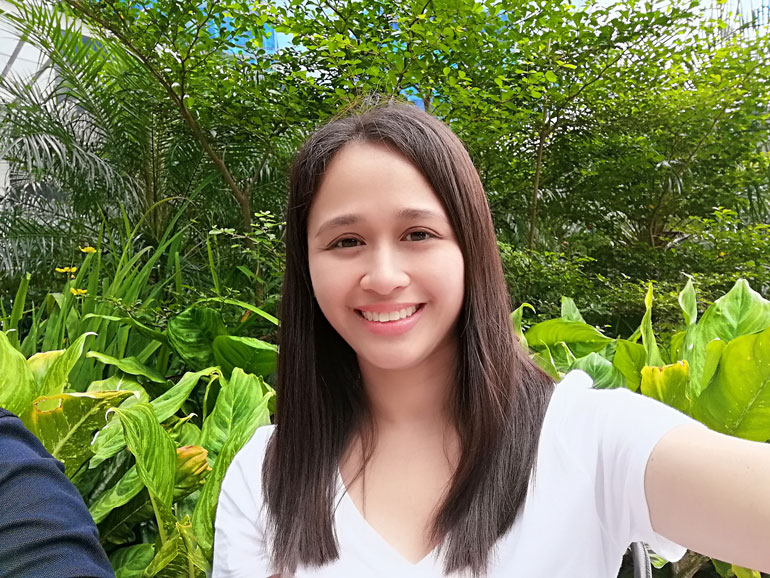 The Nova 3i comes with a 3,340 mAh battery. The phone lasts a whole work day with a bit left for the evening. You would need to charge at the end of the day, which takes 2 and a half hours to reach 100 percent.

For PHP15,990, the Huawei Nova 3i is one of the better midrange phones out there. And it looks great too. It has a gorgeous design and comes with a great dual camera system backed by the company’s experience in imaging. It is also power efficient with the Kirin 710 processor with a huge 128GB storage.

Overall performance is very impressive and well worth your money.