Here are the specs of this handset:

HTC made a few changes to the original Wildfire’s design.  In terms of screen size and dimensions, the two handsets are almost identical.  HTC retained most of the specs such as the 3.2-inch screen, 5 megapixel camera, microSD card slot as well as Wifi, Bluetooth and 3G connectivity. 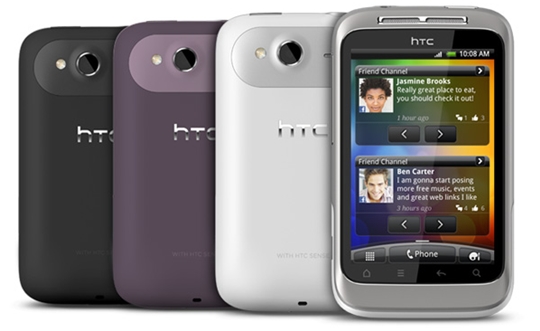 The only thing conspicuously absent from the Wildfire S is the optical trackpad.  The really big change that HTC made is in software.  The original Wildfire was released with Android 2.1 Éclair but the Wildfire S will be shipping with Android 2.3 Gingerbread.  In terms of performance and features, Gingerbread is known to be better over the previous Android versions.

At Php14,995, the HTC Wildfire S is already close to the Php17,990 price of the current Samsung Galaxy S.  If you’re thinking of getting the Wildfire S, you might also want to consider the Galaxy S which is much better in specs.