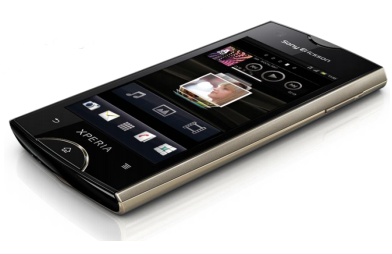 I was able to use, albeit for a short time, the new Sony Ericsson Xperia Ray Android handset. I didn’t know what to expect from the Xperia Ray. I only knew that it was running Android 2.3 Gingerbread and powered by a 1GHz single-core processor. I also didn’t know how Sony Ericsson handsets are after the Xperia X10 which I found really, really buggy and quite frustrating to operate. Before I tell you my impressions of the Xperia Ray, here are its main specs.

The Sony Ericsson Xperia Ray has a nice design. Although it’s different from the Arc, you’ll notice the some design elements in the Ray that are also in the Arc phones, which is a good thing since the Arc phones are one of the best looking smartphones around. The Xperia Ray has only three control buttons instead of the usual four found on most Android phones.  On the bottom of the phone is the half-circle physical Home button, and to its left and right are the Back and Menu capacitive buttons.  The one missing is the search button.

The Xperia Ray is quite slim at only 9.4mm and is also light at only 100 grams. The build of the Xperia Ray felt solid enough.  It is nice to hold and for those who are looking for a very handy phone that easily slips into a pocket, the Xperia Ray is perfectly handy with its small and thin profile. It’s not really that small but with current smartphones becoming bigger and bigger, the Ray’s 3.3-inch screen feels small. Personally though, I find the Ray’s screen just right in size. It’s only a tad smaller than the iPhone’s 3.5-inch screen.

The first thing that grabbed my attention upon opening the Sony Ericsson Xperia Ray is the quality of its screen. It is bright, crisp, and colors really pop. We all know what Sony is capable of with its Bravia TVs and with the Xperia Ray, Sony Ericsson used a Mobile Bravia Engine that brings the Bravia technology in TVs to handsets.  The mobile Bravia engine could be the feature responsible for the Xperia Ray’s great display.  I was able to play some videos on the Ray and I must say the phone’s display delivers.

I snapped a few photos using the Xperia Ray’s 8 megapixel camera and they are generally good. I could not inspect the shots in detail though as that would require loading the photos on a computer. But on the handset, the shots looked sharp enough.  Videos taken on the handset also looked nice.

As far as impressions go, I can say that the Xperia Ray is impressive enough. I was surprised at how good the screen of the phone is and also at how quick it rendered transitions and opened applications. The phone might perform differently under an actual hands-on review but if impressions can be used as basis on how a handset might perform in actual use, the Xperia Ray has shown a lot of promise.  The Xperia Ray looks to be one of the best mid-range Android phones out there and for the price of about Php15,00 (it’s even priced as low as Php13,500 online), this phone packs a lot of features normally only found on higher priced handsets.