Alcatel has been relatively quiet in the past couple of years. Although we know that the company’s still alive and kicking from the release of a few handsets, it did not make waves in the mobile phone scene, not even a ripple.  With the new products from the company, though, it appears that Alcatel is trying its best to be somehow relevant, if not anywhere in the world, at least in the Philippines.  I had the chance to review the Alcatel Blaze Glory 918N Android phone and I was genuinely surprised at how good the phone is considering its price. The Alcatel Blaze Glory 918N is a budget phone with a P5,990 price tag and at this price level, it competes directly with the Samsung Galaxy Y.  How does the Alcatel fare against its closest competition? Read on to find out.

The Alcatel Blaze Glory 918N is one solid phone.  The materials used are sturdy and you feel a little heft when you hold it in your hand.  The unit I reviewed has the aubergine color, which is simply differentiated from the black version by silver accents and a brownish back cover.  Between the aubergine version and the black version, I like the latter better. 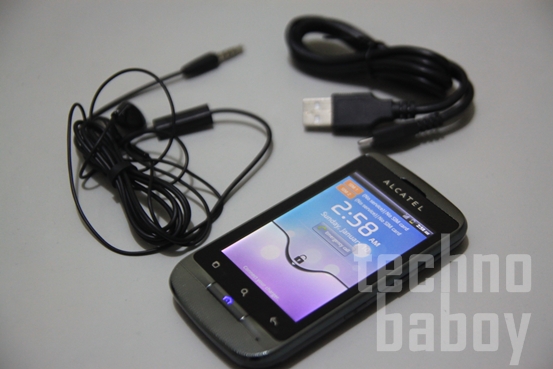 The Alcatel Blaze Glory 918N has piano black side trimming while the back cover has a rubbery finish that prevents the phone from accidentally slipping from your hand. The bottom front of the phone hosts three capacitive buttons which are Menu, Search and Back buttons, and below them is the physical, clickable Home button.  On the right side are the volume rocker and the power button, while on the left side is the micro USB slot for charging and connecting to PC.  At the top of the phone is the 3.5mm earphone slot, while at the back are the camera and the speaker grille. 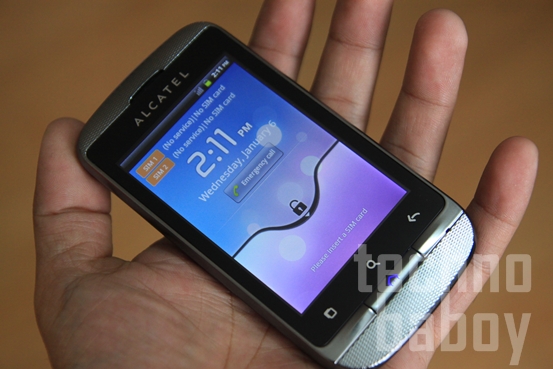 The Blaze Glory 918N sports a 650MHz processor but believe me, it doesn’t feel slow.  It has a 3 megapixel back camera but sadly it doesn’t have flash.  It also doesn’t have a front camera.  But for the price of this handset, I can manage without the flash or the front-facing camera.  In terms of connectivity options, Alcatel did not skimp.  It has 3G and Wi-Fi connectivity, Bluetooth 3.0 with A2DP, and even HSPA.  A2DP in Bluetooth is a nice feature as it allows you to use a Bluetooth headset for audio playback.

One of the star features of the Blaze Glory 918N is arguably the screen.  The screen of this handset is sharp considering the price, and honestly, it’s as sharp as the screen on the Smart Netphone 701.  The colors are nice too and it has decent viewing angles. 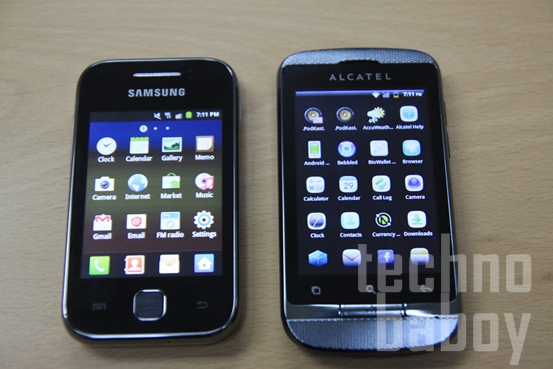 And here is the Blaze Glory beside an iPhone 4 and a Samsung Galaxy Nexus. 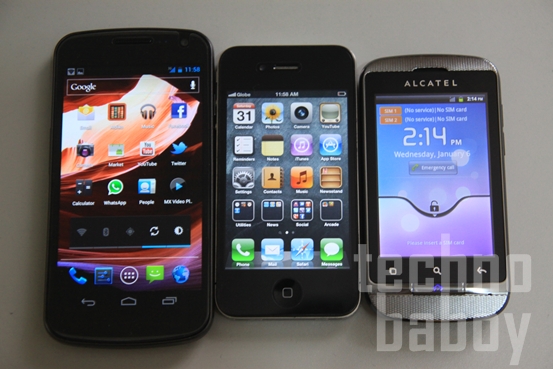 Of course the other thing that sets the Blaze Glory apart is the dual-SIM, dual standby feature.  For the price of this handset, a dual-SIM functionality is a really just a bonus.  The dual-SIM feature works well on this phone and I expect users with multiple SIMs to find this highly useful.

Compared with the Samsung Galaxy Y, the Blaze Glory 918N feels snappier and faster.  The slower performance of the Galaxy Y could be blamed on the TouchWiz skin, but I can’t be really sure.  In my experience using both phones, I was more satisfied with the Alcatel Blaze Glory 918N.  The screen is more responsive and the apps load faster.  Don’t expect a smooth experience on graphics-heavy apps though as sometimes the screen stutters.  But for basic games and applications, the Blaze Glory is quick and responsive.

The battery life of the Blaze Glory 918N will suffice if you are not big on browsing or playing multimedia.  If you regularly do these stuff though, the phone’s 1300 mAh battery will not last you the whole day.  But if you only browse occasionally and play some MP3s or maybe short videos, the battery will get you a little farther. 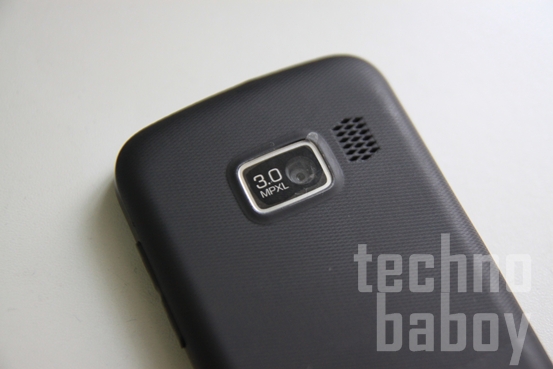 The Alcatel Blaze Glory 918N is a bang for buck handset.  It’s retails at only P5,990 but for this price you get a nice 3.2-inch screen, dual-SIM functionality, 3G and HSPA, a 3 megapixel camera, Bluetooth 3.0 with A2DP, and of course Android 2.3 Gingerbread.  You normally don’t get these features on an Android phone with this price.  The phone’s solid construction belies this phone’s price and if there’s any trade-off I see, it’s the 650MHz processor, which I don’t find insufficient.  In terms of performance, this processor surprisingly gives you a snappy interface and a decent speed in loading and using apps. 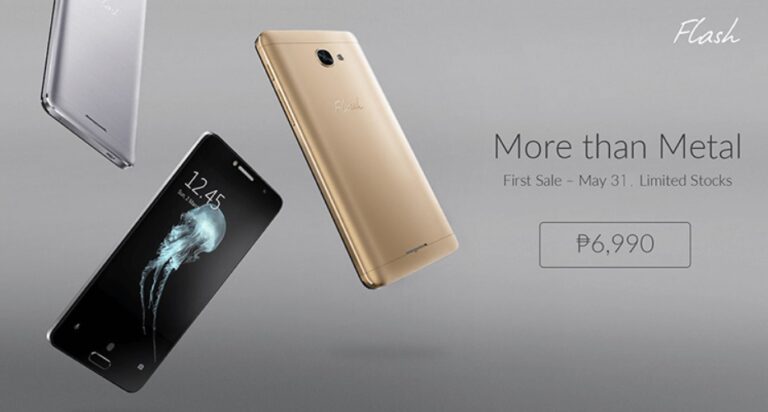 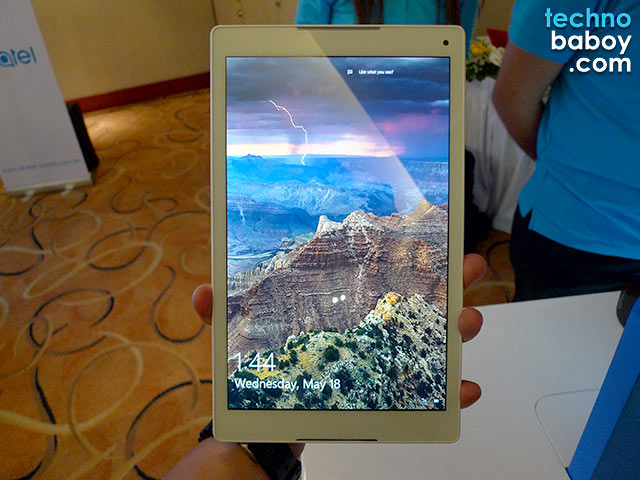 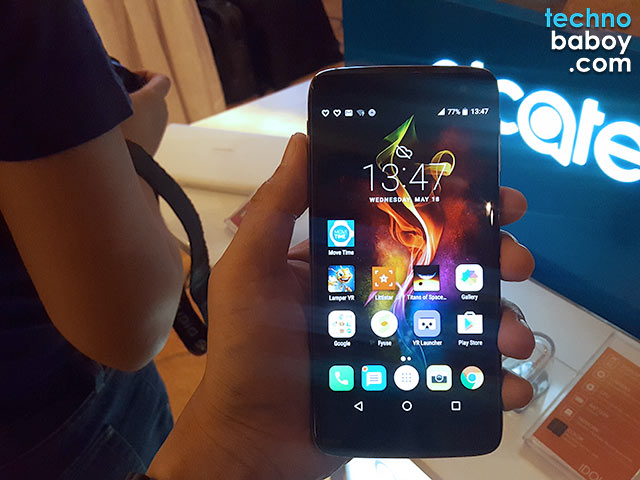