Sony just introduced a new handset post MWC.   The newest handset to adopt the “pure” Sony name is the Xperia Sola, another Android phone that showcases the Xperia NXT design philosophy.   The Xperia Sola looks like the Xperia S with a few minor changes.  The Sola is obviously a cheaper version of the Xperia S, packing only a 3.7-inch display with 854 x 480 resolution, 1GHz dual-core processor and 5-megapixel rear camera.  It also dropped the translucent strip at the bottom of the phone.

What the Xperia Sola has that previous Sony Xperia phones do not have is what the company calls “floating touch” navigation.  This is a technology that Sony chose to introduce with the Xperia Sola but it looks like this will become a standard feature in future Android Xperia phones. Floating touch navigation is like a magic trick.  It lets you navigate the phone’s web browser without actually touching the screen.  It appears that the feature only works on web browsing based on the Press Release so this could be just a gimmick but let’s wait for units to become available before we cast our judgment.

The Sony Xperia Sola features NFC SmartTags which lets users change their smartphone’s settings and applications in an instant Mobile.  Other features include BRAVIA image processing, xLOUD surround sound speaker, fast capture camera and full access to the Sony Entertainment Network.  It will run on Android 2.3 Gingerbread but a future Ice Cream Sandwich update should be expected. 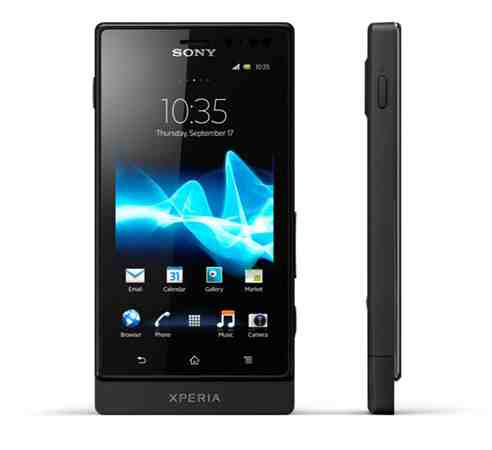 Xperia Sola will be available in the second quarter of 2012.