The Sony Xperia Tablet appears to be real. Leaked photos have been circulating online and the recent crop of photos to have surfaced show all angles and sides of the tablet. The Xperia Tablet is admittedly beautiful and sexy, showing off curves that scream Sony.   It shares the wedge design of the previous Sony Tablet S but it’s definitely slimmer and more attractive-looking. 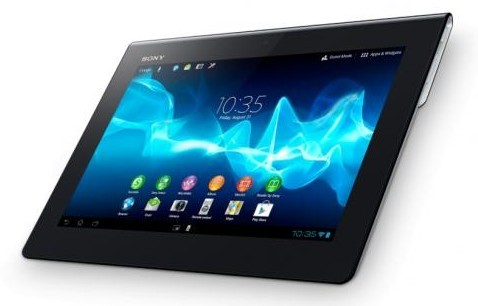 Details about the specs of the Sony Xperia Tablet have been revealed by some sources and they point to a 9.4-inch display with 1280×800-pixel resolution, an 8-megapixel rear camera, a 1-megapixel front shooter, a magnesium-aluminium body and a lighter 570 grams weight.  The battery is 6000mAh that’s good for 10 hours of use.

The Sony Xperia Tablet is also rumored to pack an Nvidia Tegra 3 SoC processor running at 1.3GHz. For storage, we might get 16GB, 32GB and 64GB options, all expandable via microSD card slot.