I just had the chance to review the Samsung Galaxy Player, an Android-based media player with a 4.2-inch touch screen.  Now Sony has its own Android player offering, the Sony Walkman F800.  Sony just took the lid off the new product in the multimedia player category, which suddenly, it appears, is getting more competitive.  Apple’s iPod Touch is of course the device that rules this category having been in the market for quite a while now but it’s of course nice to see challengers, and from the Android platform at that.

So what does the Sony Walkman F800 offer?  Apart from the lovely Xperia-like design, the Sony Walkman F800 packs a 3.5-inch display, similar to the size of the iPod Touch.  Samsung’s Galaxy Player has a bigger screen at 4.2 inches.  However, the Walkman F800 is powered by Android 4.0 Ice Cream sandwich while the Samsung Galaxy Player runs Android 2.3 Gingerbread.  Being an Android device, the Walkman F800 has access to Google Play, giving users the ability to download and install from a selection of thousands of apps.  It ships pre-installed with apps but of course, you can always get more apps from Google Play. 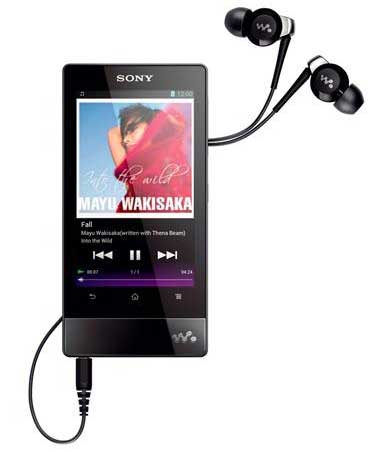 Other specs include Bluetooth connectivity, S-Master MX Digital Amplifier technology, integrated xLoud speaker system and 8 GB to 32 GB storage capacities. It is a Wi-Fi only device, though, meaning there is no 3G connectivity option.  The Sony Walkman F800 will launch first in Europe and should be available soon in other countries.  Pricing is still unknown.