HTC Droid DNA Launched in the US by Verizon

The 5-inch HTC phone that was revealed weeks ago in Japan as the J Butterfly has been launched in the US as the Droid DNA. The phone is exclusive to Verizon in the US for $200 on contract. Worldwide availability is still a mystery at this point.

The HTC Droid DNA distinguishes itself from other smartphones by packing a 1080p full HD Super LCD 3 display, translating to an incredible 440ppi pixel density.  The Droid DNA is also sleek and stylish, maintaining a slim profile despite the fact that it features a host of hardware features.   For one, the Droid DNA is powered by a 1.5GHz quad-core Qualcomm Snapdragon S4 Pro processor and 2GB of RAM, a very potent combination that should result in a blazing fast computing experience.  This is the same combination as the LG Optimus G. 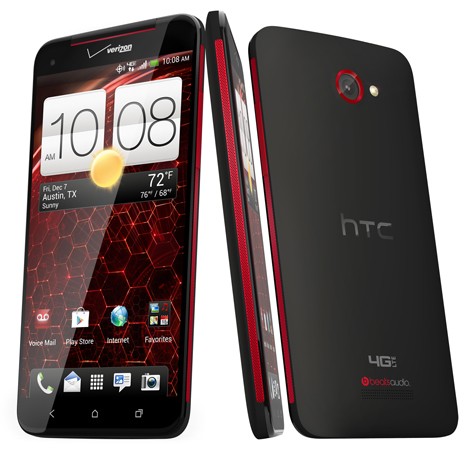 Here are a couple of promo videos for the HTC Droid DNA.