The Samsung Galaxy S III Mini is here. It has a P14,990 price tag as previously announced but on February 2, 2013, you can get it for as low as P9,990.  That’s about 40% off the retail price. On this date, Samsung is holding a Special First Day Offer for the Samsung Galaxy S III Mini.  If you get the phone on February 2, you automatically get P2,000 off the price, so you can buy the phone for only P12,990.  You will also get a free flip cover worth P990.  However, if you buy it on February 2 and lined up from 10AM to 12NN, you get a chance to draw another P3,000 off the retail price.  In total, you get P5,000 discount and pay only P9,990 for the phone.  This promo is available only at Samsung booths in SM Mall of Asia and SM City Cebu.  Mark your calendars and be at these locations early if you want to get that P5,000 discount.

The Galaxy S III Mini shares the design elements of the bigger Galaxy S III but it’s thicker and has a smaller 4-inch display.  The rest of the specs are quite similar, although the Mini only has a 1GHz dual-core processor.  The rest of the main specs include1GB of RAM, 8 or 16GB internal storage expandable via microSD slot, a 5-megapixel camera, VGA front camera and NFC capability.

The Galaxy S III Mini will run Android 4.1 Jelly Bean out of the box.  It will also feature some intelligent features like Smart Stay, Smart Alert, Direct Call and S-Voice.

UPDATE:  The extra P3,000 is to be drawn and a total of 100 people can get the extra discount.  For more information, here is the complete Press Release from Samsung Philippines about this promo.

The Samsung GALAXY SIII Mini will put a smile on its users’ faces even before they unbox it.  That’s because on its release date, February 02, 2013, Samsung is having its Special First Day Offer, which means folks buying the GALAXY SIII Mini on that date will get a discount of P2,000.  This drops the new phone’s SRP from PHP 14,990.00 to PHP 12,990.00.  They also walk away with a free flip cover, adding approximately PHP 990 more to their savings. The promo runs at the Samsung booth at SM Mall of Asia and SM City Cebu.

The Mini gets “mini-er” by giving those who line up from 10AM to 12NN a chance to draw an extra PHP 3,000 off — making their GALAXY SIII Mini purchase at a final discounted price of PHP 9,990! That’s over 40% off on a brand new and newly-launched phone, valid for one day only!

The Samsung GALAXY S III Mini is the miniature version of the Samsung GALAXY S.  For the most part, their only difference is size, weight, and processor.  Both have a 1GB RAM memory with expandable storage, and a Micro SD slot.  Sharing the same organic, nature-inspired design, the Mini also boasts of a 4.0” WVGA Super-AMOLED display which allows its users to enjoy movies, photos and web browsing in crystal-clear display even in the brightest environment.

It also has the same intelligent features in Galaxy S III, which include Smart Stay (which detects if the user is looking at the display and keeps the display from timing out until the user looks away), Smart Alert (which detects when a user returns to the phone and gives him a brief vibrating nudge to inform about missed calls, calendar events, and new messages), Direct call (which allows a user to make a call simply by lifting the phone to his or her ear while writing or reading a message or while specific contact details are brought up to the display), and S-Voice (which allows the users to control and command the smartphone with his or her own voice).

The GALAXY S III Mini was designed for the style-conscious and more modest user without skimping on power and performance.  For more information, log on to www.samsung.com/PH or visit our page at www.facebook.com/SamsungPH 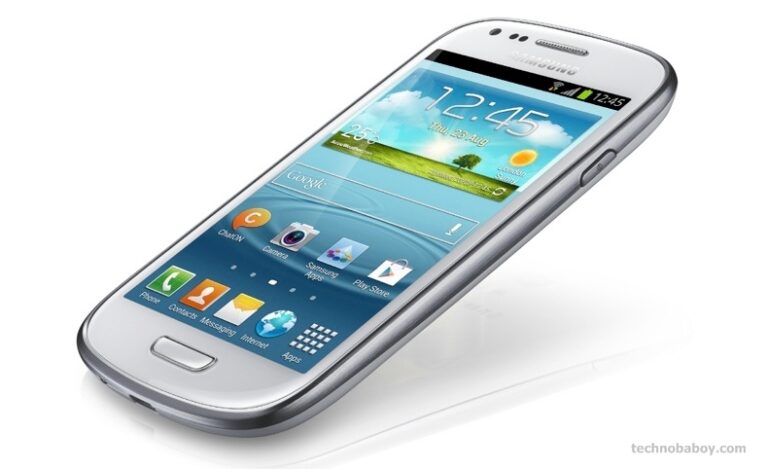