Mac OS X Mavericks brings quite a number of updates and new features but overall, it’s a minor update compared to the previous updates from Apple.  In any case, the Mac OS X Mavericks now has a tabbed Finder window and tagging feature for documents that will improve search.  The new OS also supports multiple displays and has improved connectivity with Apple TV.  For owners of Mac with HDTVs, they can use said TV as an additional display. 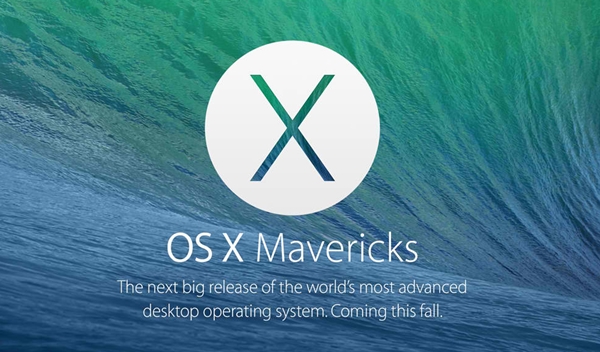 Mac OS X Mavericks also brings in improvements to the Safari browser, which now has sidebar bookmarks and reading list, runs faster and is said to be more power efficient.  There’s also a new feature called iCloud Keychain that’s supposed to will hold all of your passwords in the cloud, across devices.  There are also improvements on notifications and the calendar app.  Apple likewise introduced maps and iBooks for OS X.

Mac OS X Mavericks will be available for download from the Mac App Store.