The Moto X has been teased extensively and whether it’s intentional or not, some of the teasers really show off the device in its full glory.  Google, it appears, is not as secretive as Apple and acts like it has no issues with its devices being leaked all over the internet.  In fact, I think it’s a strategy aimed at drumming up interest on its products and on the Moto X, the strategy is paying off.  Even before the official launch, the public is already anticipating the Moto X and snippets of information did the trick.  Google has a major part on this as Chairman Eric Schmidt even showed off the phone in a conference he attended. 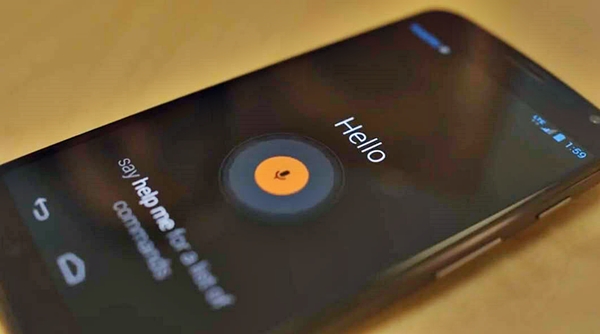 The recent leak, if it is indeed a leak, features the Moto X rather extensively.  Not as extensive as we’d have hoped but enough to make this leak one of the most interesting of the bunch of leaks that have surfaced so far.  The video is allegedly from Rogers and it is an advertisement showing off a few features of the Moto X and of course the device is seen on close up.   The Moto X touts a new voice-activated Google Now and a few active updates through screen notifications and camera tricks like calling up the app by shaking the device and taking shots by tapping anywhere on the screen.

Here is the video from Rogers featuring the Moto X.

The Moto X on the video is similar to the leaked photos and is consistent with the design of the leaked accessories.   It’s also the same device used by Eric Schmidt, although Mr. Schmidt flaunted a white version of the Moto X.  This handset could feature Android 4.3 and is relevant to Google since it is the first Motorola-branded Android device that Google had an active hand in designing.  Google is proud of this device if we are to base it on the fact that the Motorola logo has been updated recently where the name Google is prominently attached.

It may not be long before we see the actual Moto X device in stores since the video featured here mentions an August launch.   Hopefully the Moto X arrives in the Philippines soon after launch.  I know a lot of Filipinos would want to have their hands on this Android phone.