The Sony Xperia Z1, expected to be unveiled this September, is an update of the popular Xperia Z handset.  Sony is sticking with the sleek and premium design of the Xperia Z, a design that is shared by the Xperia Z Ultra and the Xperia Tablet Z.

The Sony Xperia Z1 retains most of the design features of the Xperia Z, including the black, white and purple color options.  The difference is practically just in the internals.  Nothing has been reported as to the phone’s size.  What seems to be a lock in is the phone’s camera-centric profile.  The Sony Xperia Z1, code-named Honami, will pack a huge 20.7-megapixel rear camera with an Exmor RS sensor and dual LED and Xenon flash.  Reports even say it will have interchangeable lens.  The 207-megapixel camera may not be as huge as the 41-megapixel sensor on the Nokia Lumia 1020 but I’m sure Sony will have features that will still make the Xperia Z1 stand out.

Here’s the photo of the Sony Xperia Z1. 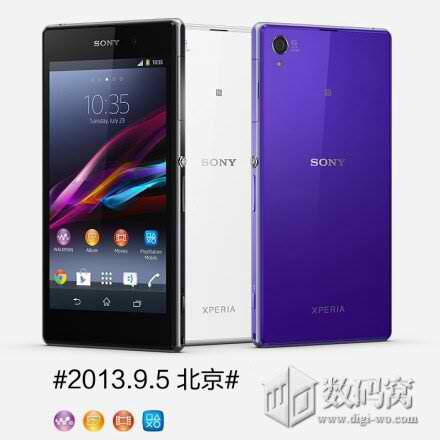 So far, none of the major hardware specs have been confirmed but the good news is, we don’t have to wait for long as the Xperia Z1 is going to be unveiled this September.