Lenovo just unveiled a new tablet offering that runs Windows 8.1, the full desktop version of Windows 8.  Called the Lenovo Miix 2, the tablet is an 8-inch device that is priced at $299 for the base model. That’s a very attractive pricing considering that the tablet also ships with a full Office Home & Student 2013 license.  The tablet’s 8-inch IPS display has a resolution of 1280×800 (16:10) which could be a letdown for some but should still be pretty decent. 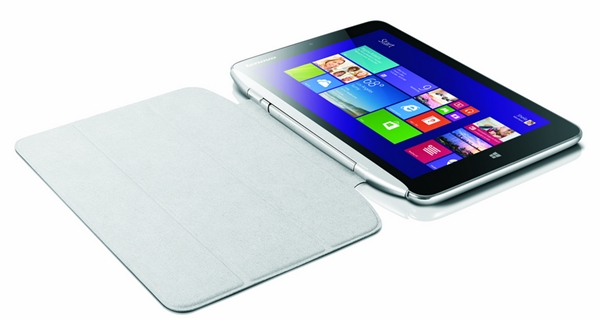 For hardware specs, the Lenovo Miix 2 features a quad-core Intel Bay Trail-T processor which will likely be a 1.5GHz Atom Z3770 or a 1.3GHz Atom Z3740. The Lenovo Mixx 2 will also pack 2GB of LPDDR3 memory, 2MP front/5MP rear cameras and a microSD slot for storage expansion.  The Lenovo Miix 2 also offers a host of connectivity options including Bluetooth 4.0, 802.11b/g/n Wi-Fi, 3G and GPS3.  For battery capacity, Lenovo only mentioned up to 7 hours of battery life without giving details on the exact battery capacity.

The Lenovo Miix 2 is priced at $299 for the 32GB model and $349 for the 64GB model.  Lenovo says the Miix 2 will be available this October although availability in the Philippines is still unknown.