I can’t afford to buy the latest smartphone. Instead, I carefully choose my next phone purchase by looking for that balance between specs, performance and price. So about 4 or 5 months ago, I decided on getting a Moto G. And here is my quick (albeit very late) review of my daily driver.

You’re probably asking “Why the Moto G?” Well, for one thing, there were no compelling choices at that price point at the time (no Mi Phones or anything) that provided what I wanted. Another is that I was looking for an affordable phone that gets latest updates and runs the latest stock Android.

It was four months ago that I bought one from online store DBGadgets. To me, the Moto G feels like a logical choice. It was affordable. Most reviews praise it. It was fast. The UI runs stock and was very smooth. It has a great (720p) screen. And it got regular updates (at the time of writing, it’s on Android 4.4.4 KitKat).

WHAT’S IN THE BOX:

Seeing as Motorola had to cut corners everywhere to get to that price point, the box itself was rather cheap looking. It was flimsy, and feels cheap.

As I opened the package, I was greeted by the Moto G. It came with a regular charger, some cheap ear buds and manuals. The package did not include a micro USB cable. I read that in some countries, they didn’t have ear buds or chargers, just the USB cable. It was fine by me. I have a spare micro USB cable, and I almost always never bothered using stock ear buds that came with my phones anyway.

Besides the price, the specs were part of the reasons why I chose to get a Moto G.  It’s powered by a 1.2GHz quad core Snapdragon CPU, coupled with an Adreno 305 GPU and 1GB of RAM. The screen is nothing to scoff at as well. The 4.5 inch 720p screen has a 326ppi, making images look crisp and clean, and it’s very bright with colors popping out. And it’s protected by Corning’s Gorilla Glass 3 to boot. One gripe I have on the screen is that it’s prone to smudging and finger prints. I guess it would cost more if they made it oleophobic.

It’s also said that the Moto G is splash resistant. It’s not waterproof, but there are videos on YouTube of people dunking the Moto G in water. One in particular, left it in water for 30 minutes. And it stil006C worked after they dried the phone. I have no intentions of testing this by the way.

Here’s a quick look at the Moto G’s specs:

As soon as you pick up the Moto G, the first thing you’ll notice is how nice it’s made. It feels very solid on hand and there’s a bit of heft to it. It’s not heavy, but has just enough weight that you know you have a phone in your pocket. I would say that the build quality is above average to excellent. I remember dropping it a few times by accident and so far, it’s still here.

I was actually surprised at the way it was designed. The Moto G looks very good. It’s curvy and looked simple, yet a bit elegant. The front  has no logo or any identification of the manufacturer.  It looks (and feels) a lot better than it looks in pictures.

The back cover has a matte black finish. And it’s replaceable (you can get back cover replacements in different colors in local online stores). And there’s a nice dimple at the back where the Motorola logo is placed.

Up top you will find the 3.5mm audio port and mic (used for video recording). The right side has the power and volume buttons (with chrome finish). The bottom has the micro USB port and mic. The left side is empty.

As my daily driver, I set the Moto G’s runtime to Android Run Time or ART. It’s an experimental run time by Google that was introduced in the Android 4.4 release. Traditionally, the default run time of Android is Dalvik. According to Wikipedia’s description of ART, is that it uses ahead-of-time compilation (as opposed to Dalvik’s just-in-time compilation). So basically it just reduces the amount of compilation performed by an app by preparing it upon installation, rather than when the app is activated. The effect is that performance and battery life are improved. Google ART vs. Dalvik if you want more information about it. Take note though that since it’s experimental, some apps and games won’t run on ART.

Going back to the review, there’s nothing I can say about the Moto G’s performance that has not yet been said on other reviews. It’s fast and smooth with almost no trace of lag. It helps that its stock, runs Android 4.4.4 Kitkat and highly optimized. I guess small performance improvements using ART help too.

It can play most games and has ample developer support (for those who want to root it and use custom ROMs).

Call quality is great, as are the external speakers. It’s exceptionally loud.

Battery life is above average to excellent. I usually get one and a half days on regular usage, one day or less on heavy, and more than two days if light usage.

Here are the Moto G’s scores on the benchmark apps I use. Again, benchmark scores are not indicative of performance.

For some reason, I really like stock Android. It may look too plain and lacking in features, but I like the simplicity. The image below shows Motorola’s stock launcher.

At the moment, I am currently using the Google Now Launcher. The launcher is fast and fluid. Accessing the quick search Google bar from the launcher is also fast. I use it a lot when looking for my contacts and apps. And I like using Google Now.

A lot of reviews have a negative opinion on the Moto G camera’s performance. But for me, it’s okay. With ample available light, the pictures come out okay. It’s not great, but it’s enough for my use. How about low light? Even with the HDR on, low light shots are not good (but quite okay if you just want to have a snapshot of a moment).

Here are some sample shots of the Moto G. I resized the images in Photoshop. You can click on the images to see a bigger copy.

The Moto G is still a very capable phone. It has a quad core processor, 16GB of storage and a great screen. It performs well, and is fast and smooth. Also, the new Moto G is coming, so the price might still go down further.

At the present, I know that the Moto G is hard pressed to compete against very capable (and affordable) competitors from local manufacturers (like Cherry Mobile and it’s Flare 3) and Chinese imports (Mi3 and RedMi 1s). Specs and price wise, it will have difficulty competing. But it depends on you if some of its features (stock UI, Android 4.4.4 KitKat, hopefully an upgrade to Android L, and exceptional build quality) are worth the price.

You can get the Moto G on local online sellers. I got mine from DBGadgets. Motorola returns to China via Lenovo with the Moto G, Moto X and Moto X Pro 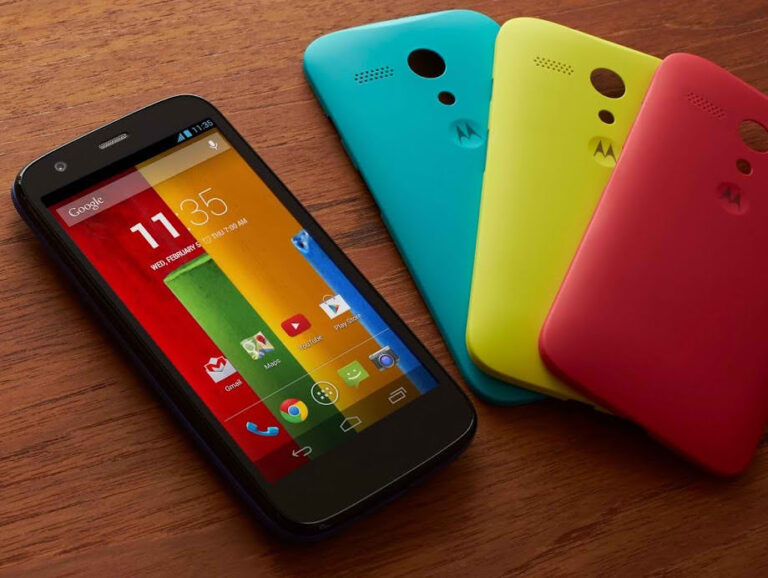