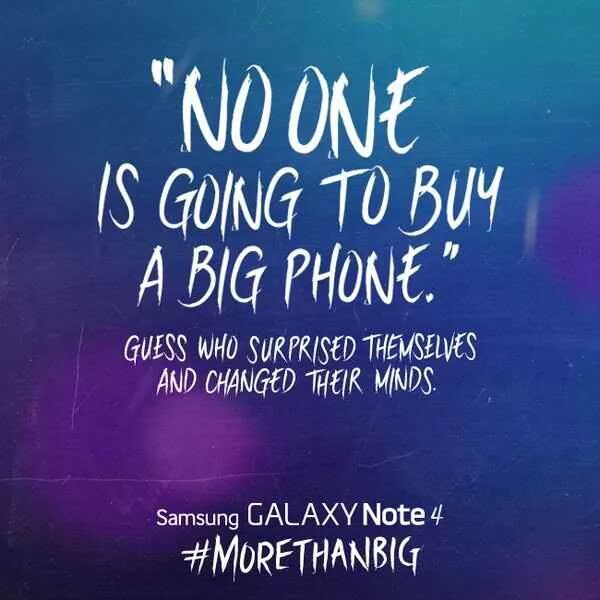 I’m not really a fan of Samsung, but this made me smile. The Samsung-South Korea took to twitter to poke fun at Apple’s larger screened iPhone 6 and iPhone 6 Plus. An image was posted using a quote the late Steve Jobs used when asked about large screened phones. The above image was accompanied by the following message on Twitter: “Big improvements and innovation come with change – even they thought so.”

HTC was reported to take a jab at Apple by posting on Twitter as well.

This is funny and all, but be warned: Fanboys are sure to react and defend! Seriously though, the iPhone 6 looks like a great phone. As much as I hate to admit it, Apple trail blazed the industry into where it is today.

Now, where is LG in all of this? You guys have to post something soon.