We compare two popular midrange devices in the Huawei P20 Lite and the OPPO F7. Both phones have compelling offerings at affordable prices. 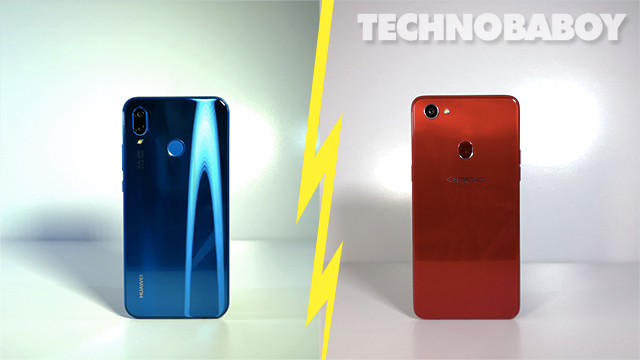 This is a straight up specs comparison. We’re going to look at the hardware and software differences between these two devices, relative to their selling prices.

Just a quick introduction on the two devices. The Huawei P20 Lite is the company’s midrange P-series smartphone. It features dual rear cameras, a large display, and a sleek design. The OPPO F7 is the latest Selfie Expert, and boasts a 25MP front camera with AI, and a large display.

Both displays have a notch that houses the earpiece, a couple of sensors, and the front camera.

The P20 Lite has a smaller, but sharper display. The larger screen of the F7 gives it a less dense 405 ppi. Both displays still look good, however, exhibiting decent color saturation and adequate sharpness. 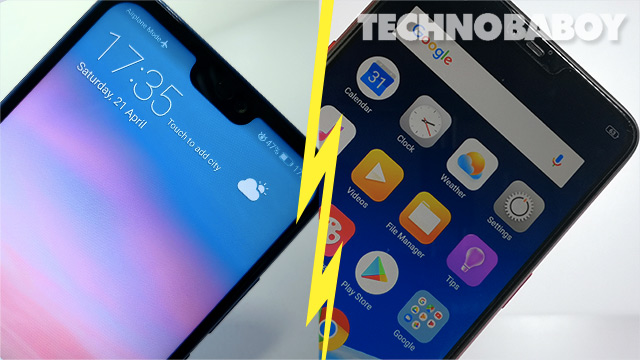 In general use though, both phones are fast, responsive, and smooth.

The P20 Lite’s dual sensors allow for improved depth of field with improved background blurring. The F7’s single sensor is paired with a brighter lens. It can also simulate bokeh. It has an added advantage with AI at its side. Both have AR stickers, which are admittedly gimmicky, but fun.

When it comes to selfies, the OPPO F7 boasts a 25MP front camera. While the P20 Lite has a 16MP sensor. Both are capable, but the former has an edge with a brighter lens and AI beauty enhancements on its side.

The P20 Lite has an added bonus of changing the background of a selfie, as opposed to just overlaying a stickers on the face. 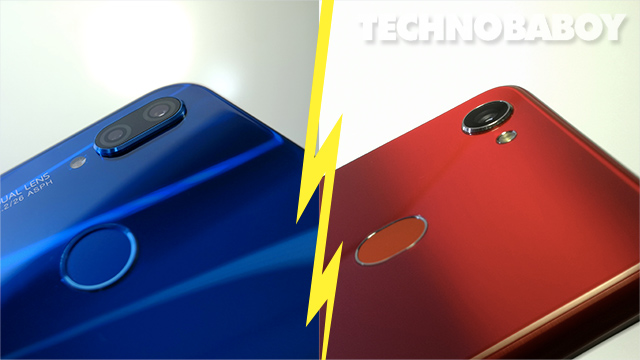 The OPPO F7 has a larger 3,400 mAh battery. It lasts a whole day, and takes a bit more than 2 hours to charge. In contrast, the Huawei P20 Lite has a 3,000 mAh battery. In today’s standards, that is not enough as it lasted a bit over 8 hours with moderate to heavy usage. It does make up for it though with fast charging support. It takes less than 2 hours to get a full charge.

Both devices run their own OS based on Android Oreo. The Huawei P20 Lite is running on EMUI 8.0, while the OPPO F7 is on Color OS 5.0. Both enjoy the benefits that come with Oreo, including performance improvements as well updated security features.

Both of these OS look similar and started out as an homage to iOS. But they eventually grew into their own and have now matured. Between the two, though, I feel EMUI took it further and is more refined. But the gap is not that big.

Both devices have fast fingerprint sensors and face unlock. The P20 Lite, though, comes with a USB Type-C port, while the F7 is still on microUSB.

To wrap things up, both the Huawei P20 Lite and the OPPO F7 are great devices. Each offers something the other does not. The former is backed by excellent imaging experience resulting in a great dual camera system, a sharp display, an efficient processor, and a sleek package. While the former has revolutionized taking selfies and came up with a 25MP selfie camera, matched by a powerful chipset, and a larger battery.

In the end, choosing between the two is a matter of preference.