The Xiaomi Redmi Note 8 Pro is finally official. This is the first smartphone to come with a 64MP camera and a Helio G90T processor.

Actually, Realme was first to announced that they were developing a 64MP camera phone called the Realme XT. But Redmi managed to beat them to the punch with this release.

The main highlight of the Redmi Note 8 Pro is its quad camera setup. It has a vertical layout aligned at the center of the back panel (similar to what the OPPO Reno2 has). Its 64MP main sensor is backed by a Samsung ISOCELL Bright GW1 sensor with quad-binning pixel technology. Accompanying it are 8MP ultra-wide, a 2MP macro, and a 2MP depth sensors.

Up front, the Note 8 Pro has a 6.53-inch display with narrow side bezels. There’s a dewdrop notch housing a 20MP front camera.

Among its many firsts, the Redmi Note 8 Pro is also the first device to have an octa-core Helio G90T processor. It is paired with 6 or 8GB RAM and 128GB storage. It also has liquid cooling for temperature control and a 4,500mAh battery with 18W fast charging support.

Local pricing and availability are yet to be announced. 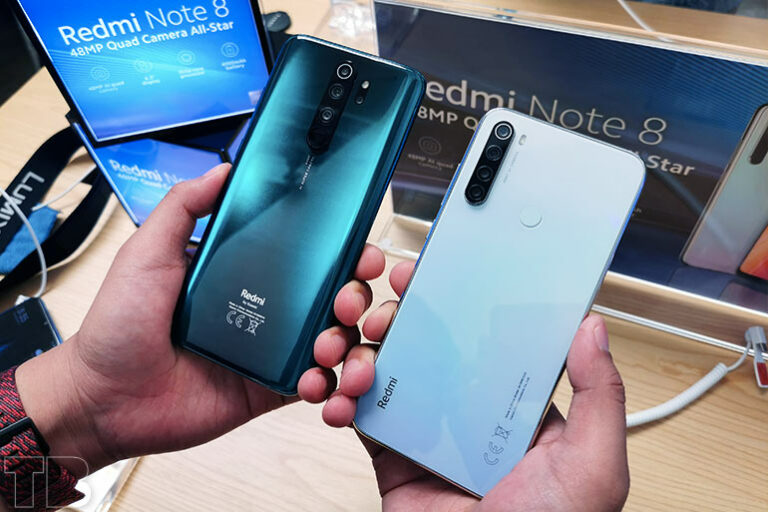