The console was announced last year, and now it’s finally available for orders in select markets.

For those not familiar with the device, the Steam Deck is a handheld console, built to play games from Steam. It has a large 7-inch touchscreen IPS display, along with a d-pad, two analog sticks, trigger buttons on the shoulders, and ABXY buttons. There also are programable buttons at the back, and in front, and perhaps its most interesting feature — two square touchpads.

On the hardware side, the console is powered by an AMD APU based on the Zen 2 architecture and a GPU based on the RDNA2 architecture. It has 16GB LPDDR5 RAM and three storage options — 64GB eMMC, 256GB NVMe SSD, and 512GB High-Speed NVMe SSD. All models come with a microSD card slot.

The Steam Deck runs on Valve’s own SteamOS 3.0, based on Arch Linux. Not all games are compatible at this point, but there are already a handful available. You can check their compatibility page for details.

The console also has a dock accessory (sold separately) that allows users to connect peripherals such as a monitor, keyboard, and mouse. The dock comes with a USB-C port, a Display Port, HDMI, a USB-C power port, an ethernet port, a USB-A 3.1, and two USB-A 2.0.

Unfortunately, no Steam Deck yet for the Philippines. But hopefully, it gets picked up by local gaming stores. 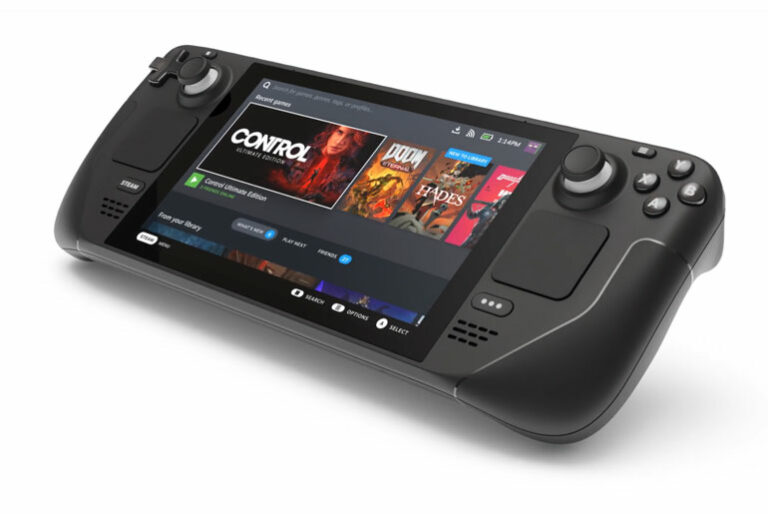