HTC officially unveiled the newest addition to its HTC One lineup called the HTC One Max.  The announcement did not really surprise anyone as the phone has been heavily leaked online.  Photos of the device have been circulating on the internet for weeks and HTC even teased the device on a few videos that featured Robert Downey Jr.

The HTC One was a hit for the Taiwanese phone maker, both commercially and critically.  It is regarded by many as the best Android phone in the market, even with the release of newer models from other manufacturers.  HTC previously released the HTC One Mini, a smaller version of the original but in case you want something bigger, not smaller, HTC decided to make a bigger version this time. Thankfully, the HTC One Max takes a lot of the good stuff from the HTC One since the phone is practically just an enlarged version of the original.

For internals, the HTC One Max packs a Snapdragon 600 processor and 2GB of RAM, with internal storage at 16GB or 32GB. This is expandable via microSD slot, a feature that was not available on the HTC One.  A 3,300mAh battery powers the HTC One Max, although I am doubtful if it lasts long enough considering the display size and the fact that it has a full HD resolution. 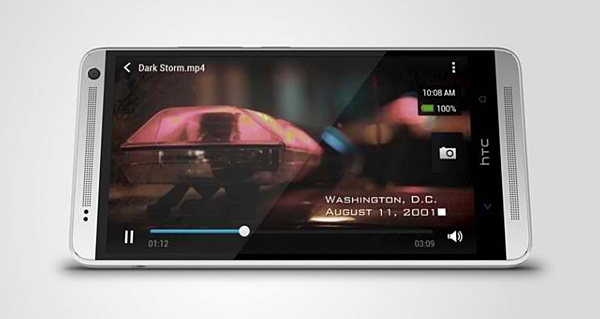 A new thing that HTC introduced with the Max is a fingerprint scanner located on the rear side that lets users log in with a swipe of a fingertip.  The HTC One Max runs Sense 5.5 on top of Android 4.3.

Here are the main specs of the HTC One Max.

The HTC One Max will begin rolling out internationally this month. Pricing has not been announced yet.

Learn more about the HTC One Max from this video.