The iPhone 6S and 6S Plus aren’t the only devices announced last week. Apple also unleashed the 12.9 inch (yes its that big) iPad Pro and the iPad Mini 4.

The iPad Pro boasts a 12.9 inch Retina display with a resolution of 2732 x 2048 at 226 pixels per inch. It is powered by Apple’s 64-bit A9X chip, said to be 1.8 times faster than its predecessor and possessing “desktop class” performance. The graphics are reported to be 2x faster as well.

Besides the screen size, Apple also upgraded the speakers too — by adding four of them (one on each end). It is built into the frame and has an auto balance feature, depending on how the tablet is held. Apple claims the new speaker system offers 3x more volume than than the iPad Air 2.

Obviously, the iPad Pro is bigger than its predecessors measuring in at 12 x 8.68 inches, but it is as thin as an iPhone 6 with a depth of 0.27 inches (6.9mm).  The rest of the specs include an 8MP back facing iSight Camera, a Touch ID enabled home button, and up to 10 hours of battery life.

In order to make the most of the iPad Pro, Apple also made a few accessories for the tablet. The USD 99 Apple Pencil is the company’s solution to the stylus. The battery powered stylus allows a user to write, draw or navigate the device. It has a Lightning Connector on one end, and has up to 12 hours of battery life. It can fast charge as well, giving you as much as 30 minutes of power for a 15 second charge. 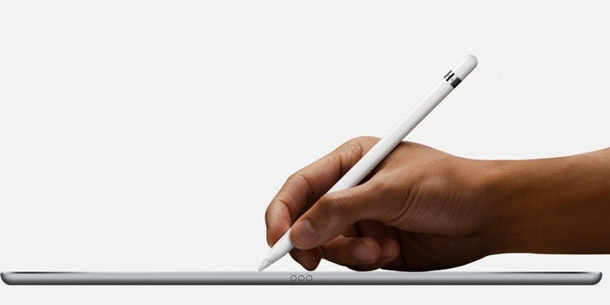 Another accessory announced is the Apple Smart Keyboard. It connects to the iPad Pro via connectors on the side. It will retail for USD 169. 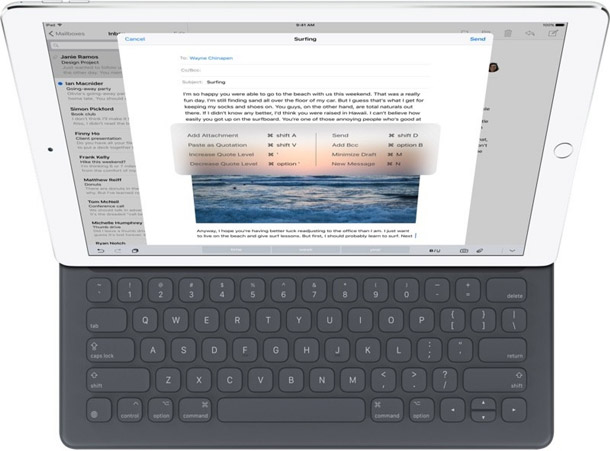 The iPad Pro is creeping into the laptop territory. It looks like it has the power, the battery life, the accessories, and the portability to do so. The only hindrance it has is the price. If you add it up, you could be spending anywhere between USD 1,000 up to USD 1,400 (in today’s rate, thats around PHP46,000 up to PHP 64,400) for the set up.