Samsung Galaxy S9 appears on benchmark sites; Scores are off the charts

The Samsung Galaxy S9 with Snapdragon 845 and another version with Exynos 9810 shows up on AnTuTu and Geekbench respectively. 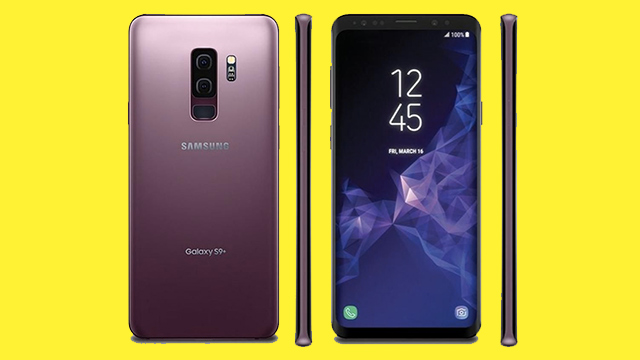 Samsung Galaxy S9 is going to be a beast

With just a few weeks left before the Samsung Galaxy S9‘s launch, the awaited flagship shows up on benchmark sites AnTuTu and Geekbench. 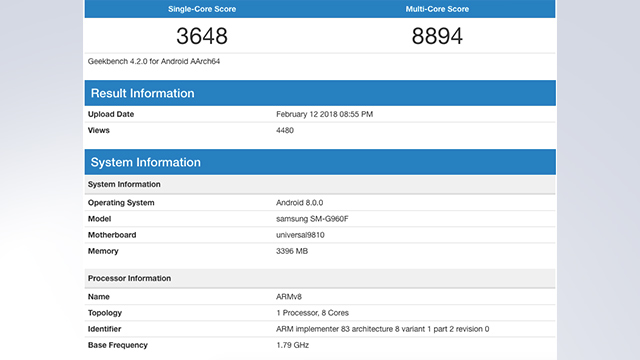 In comparison, a Galaxy Note8 with an Exynos 8895 chipset and 6GB of RAM that we tested on the same version of Geekbench got a single-core score of 1,989 and a multi-core score of 6,072. Right away we see a relatively big difference in scores, giving us an idea how the upcoming Galaxy S9 will perform.

On the AnTuTu leak, the Galaxy S9 also had impressive results. This is the SM-G9650 model which uses the Qualcomm Snapdragon 845 chipset and 6GB of RAM. On the benchmark app, the flagship scored an impressive 265,267. 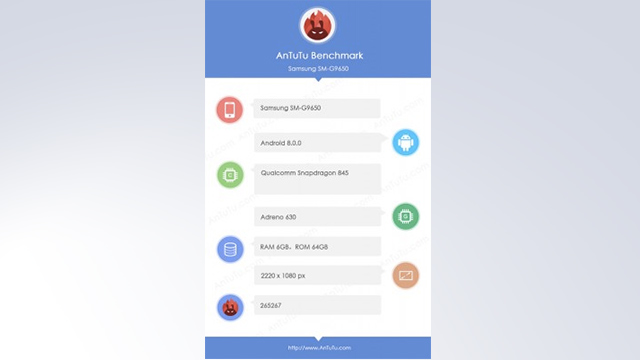 In comparison, the same Galaxy Note8 we mentioned above that runs on an Exynos 8895 chipset and 6GB of RAM got an average of 172,200 points in AnTuTu. The Snapdragon 835 variant got an average score of around 200,300.

If we’re going to gauge the performance of the Galaxy S9 on these leaked benchmark scores, then the upcoming phone is a beast. And based on past Galaxy flagship releases, there’s no reason to expect otherwise.

The Samsung Galaxy S9 will launch internationally on February 25, 2018.

Samsung Galaxy SmartTags are priced at Php 1,799 in the Philippines