AnTuTu Benchmark has released its top-performing Android flagship smartphones, as of December 2022. So if you’re looking for the most powerful phones, either for gaming or just daily driving, then this is the list for you.

Meanwhile, the top six Android sub-flagship phones are powered by the MediaTek Dimensity 8100 chips. The next four, on the other hand, come with Snapdragon 870 SoCs.

Check out the lists below.

The top two smartphones are both under vivo. The top one is the vivo X90+ Pro, the current most powerful Android phone in the global market with an average score of 1.29 million.

While second is the iQOO 11 Pro, another powerhouse under the vivo sub-brand iQOO. Ever since Huawei suffered after it was blacklisted, vivo became much more popular and has improved much of their phone’s design and performance.

The sub-flagship phones are devices that offer strong performance, comparable to true flagships, and hence can still be called flagship by some brands. However, these usually have lesser specs in one form or the other when compared to true flagships. It is also often times priced less. 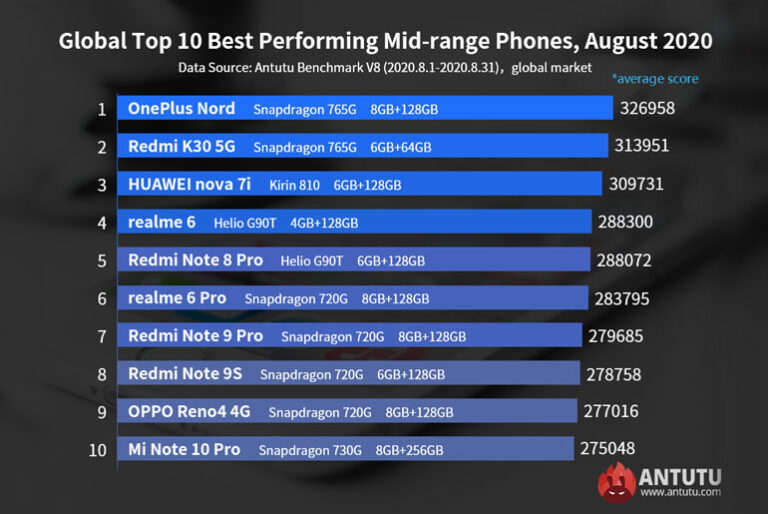