Microsoft released an app to let Android users know that there are similar or equivalent apps on Windows Phone OS.  The app is called Switch to Windows Phone and it’s an app for Android users that’s now available on Google Play.  What the app does essentially is to scan your Android device for apps that you are using and it will send details of these apps to a SkyDrive account.  On a Windows Phone 8 device, you just need to add the SkyDrive account you used for the Android app and you will then be given app suggestions that are similar to or at least closely related to your Android apps.  If there’s no official app available on the Windows Phone 8 device, other matching apps will be offered. 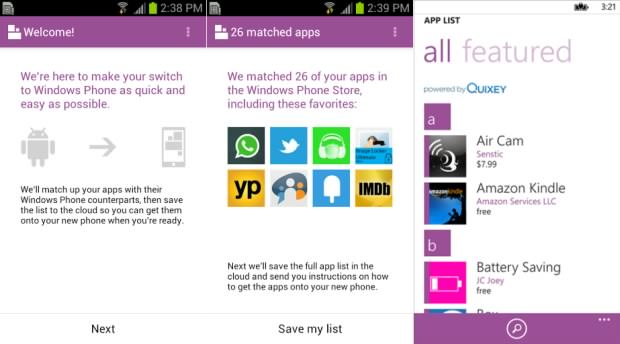 To pump up its campaign of urging users to switch to Windows Phone 8, Microsoft even recently launched an ad which criticizes users of the iPhone and Android phones and suggests that a Windows Phone device is better.  The ad showcases the Nokia Lumia 920.  See the ad below.