Smart watches are considered the next hot thing in tech.  Apart from telling time, they pair nicely with smartphones and function as secondary display, among others.  They show notifications to the most common apps on your phone.  There are a few smart watches in the market right now, among which are the i’m Watch, the Sony Smart Watch 2, the Pebble and the MetaWatch Strata.  Upcoming smart watches like the Hot Watch can actually be used to actually send messages and make calls. 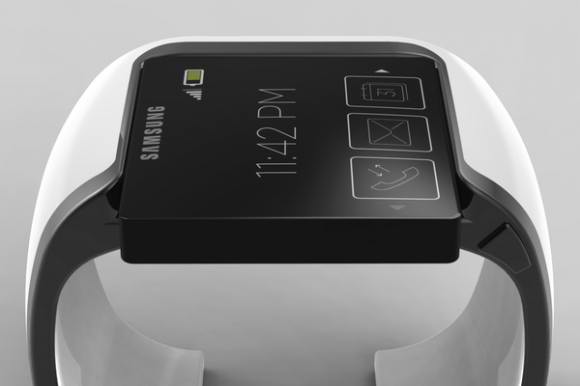 We may not have any idea what the Samsung smart watch will look like or what its features are going to be but we at least know what it will be called.  Several trademark filings indicate that Samsung will be calling its smart watch the Samsung Galaxy Gear.  This is evident from trademark applications from Samsung indicating that the name will be used on products described as “wearable electronic devices in the form of wristwatch”.  If we are to gather more from the trademark filings, the Samsung Galaxy Gear should be able to send and receive calls as well just like the Hot Watch, but we don’t know how it’s going to be implemented.  In the Hot Watch, the device has a one directional speaker that uses the palm of the hand to bounce audio. 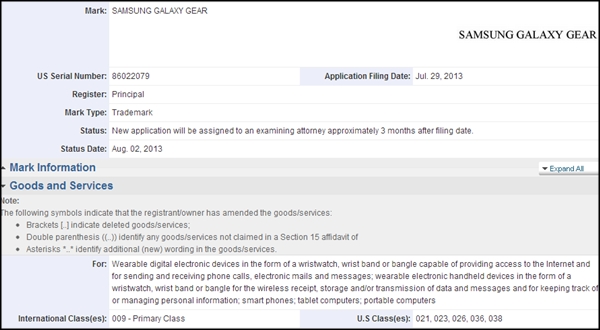 The trademark application for the name “SAMSUNG GALAXY GEAR” covers the following goods:

The description practically tells us what the features of Samsung Galaxy Gear will be.