Ever since Sony Ericsson rebranded to Sony, the company has released gorgeous handsets.  The Sony Xperia SP, a mid-range Android phone, is a good looking device, although not as pretty looking as the newer Xperia Z Ultra and the Xperia Z1 phones.    As a mid-level phone, the Sony Xperia SP packs hardware specs that will not impress power users but could nevertheless be good enough for most users.  One can be purchased for P14,600 in the Philippines so you should not expect top specs from the Xperia SP.   Is it worth the price tag though?  Read the rest of the review to find out.

Like the premium phones from Sony, the Xperia SP has the same iconic silver power button on the right side.   There are no physical buttons in front so when the phone’s display is not active, the Xperia SP is rather plain looking.  The phone has a transparent element at the bottom which occasionally lights up on certain functions. 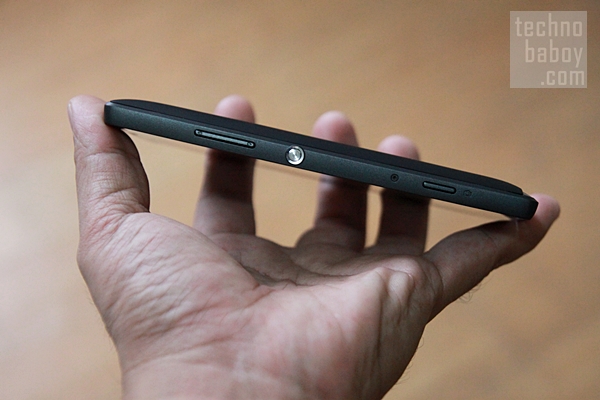 The dark grey trimmings on the side of the phone feel like it is made of strong material.  The back cover, on the other hand, has a matte finish that actually feels good in the hand. 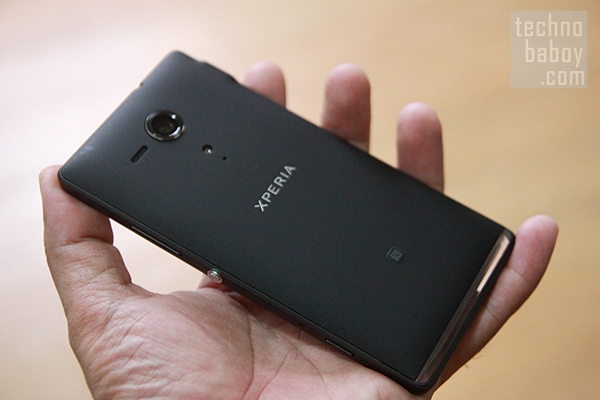 For buttons and slots, the volume rocker is located just above the power button and below it is a shutter button for the camera.  The other side hosts a microUSB slot while the top hosts the 3.5mm headphone jack. 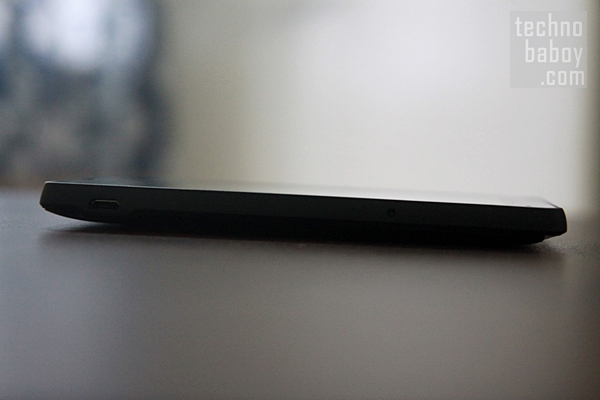 The Sony Xperia SP is not too thin, at least not as thin as the Xperia Z, but it’s not thick either.  It ust feels right in the hand, with a heft that tells you it’s a premium device.

The Sony Xperia SP runs a dual-core 1.7 GHz Krait Qualcomm MSM8960T Snapdragon processor paired with 1GB of RAM.  It has an internal storage of 8GB but this can be expanded up to 32GB via microSD slot.  The device is powered by a 2370mAh battery which is actually huge enough.

Here are the main specs of the Sony Xperia SP.

The Sony Xperia SP has a 4.6-inch display with 720×1280 pixel resolution (319ppi pixel density).  The display size should make it appear big but in actual use, the phone does not feel big at all.  It’s extremely compact and feels very comfortable in the hand. 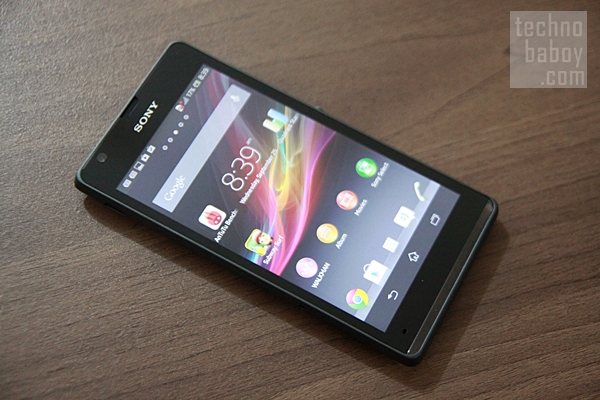 The display’s quality is impressive for a mid-range phone.  The colors pop and the sharpness is immediately evident as soon as you turn the phone on.  The display uses Sony’s Mobile Bravia Engine 2 with contrast enhancement, color management, noise reduction and sharpness filter.  The Xperia SP’s display can go really bright and has good visibility even when viewed outdoors.  It is not perfect though.  In bright settings, the display sometimes has too much glare.   Overall, the Xperia SP’s display is one of the best in the mid-range category.

The Sony Xperia SP is quite a beast in the performance department.  It is quick and fast and this is supported by benchmark tests.  It is practically as fast as the high end Xperia Z, with both handsets getting almost the same benchmark scores.   The Sony Xperia SP got an AnTuTu score of 21951 and a Quadrant score of 8016.  These are flagship level scores so if you are all about speed and performance, the Xperia SP is definitely a good choice in this price range. 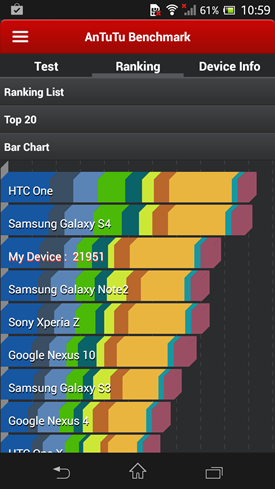 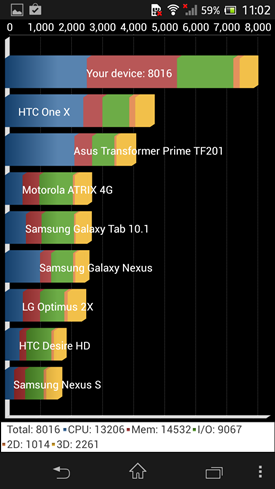 The AnTuTu score is doubtful here as the Xperia SP would appear to be faster than the Xperia Z which has better hardware specs.  The Xperia SP has an average score of about 16,000 in other reviews so the error could be attributed to the latest AnTuTu app.   The Quadrant score is accurate however and is in line with results of other reviews.

The Sony Xperia SP also did well in terms of battery life.  Its 2370mAh battery delivered a good amount of juice.  Under normal use, the phone in fact lasts an entire day on a single charge.  If LTE and Wi-Fi are on most of the time, battery life of course takes a dive.   For a mid-range device with an HD display, I was actually impressed with the Xperia SP’s battery life. 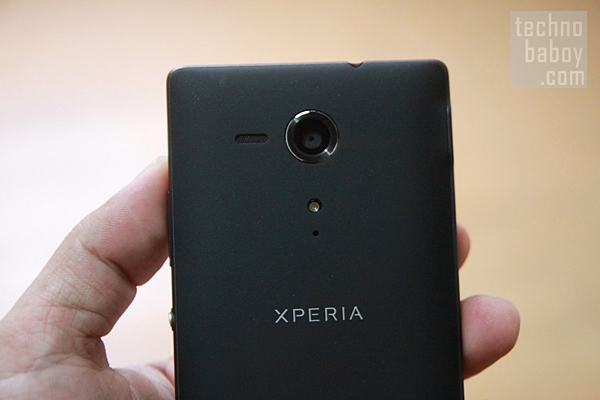 The Sony Xperia SP’s camera delivers really good photos.  The 8MP camera uses Exmor RS sensor with a next-generation BSI light sensor.  Photos are sharp with high level of detail even when taken in low light settings.   The camera’s Superior Auto mode is good at reading the subject and the lighting situation so photos area taken under optimal settings.

The Sony Xperia SP is a great mid-range phone.  For a price of P14,600, it offers solid build, good design, an impressive screen, a really good performance and takes better than decent photos.  Between the Xperia SP and the HTC One Mini, I am actually inclined to recommend the Xperia SP since it is cheaper and is better overall.  Design-wise, however, the HTC One Mini simply looks better.

The Sony Xperia SP featured in this review was provided by dbgadgets.net.   You can purchase the Xperia SP from this online gadgets store for P14,600.