The wait is over.  After being leaked heavily in tech blogs and gadget sites, Sony’s much awaited Xperia Z1 or Honami handset is here at last.  The follow-up to the Xperia Z is a photography-centered smartphone, rocking a huge 20.7-megapixel sensor.  With the handset’s camera and impressive internal specs, the Xperia Z1 could easily be the best Android phone in the market right now.  Read the review to find out if the Sony Xperia Z1 can indeed claim the best Android phone title. 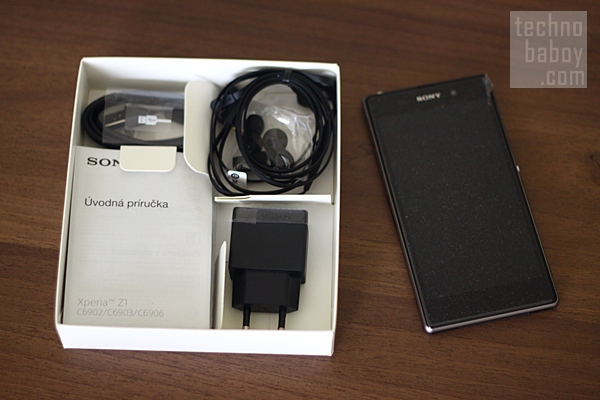 The Sony Xperia Z1 follows the design of the Xperia Z.  In practical terms, it is identical to the Xperia Z, and that’s not a bad thing.  What Sony did was to simply get the design of its flagship phone and improve the hardware and the features.  They are so similar that one will have a hard time distinguishing the Z from the Z1.  If you are a fan of the original, you would be happy to know that it is now better in the form of the Xperia Z1.  That goes without saying that if you hated the original, then you’d hate the Z1 as well.  But I guess haters are in the very small minority, if ever they exist at all. 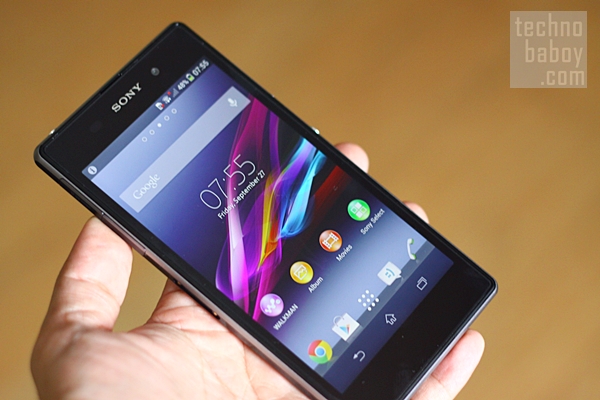 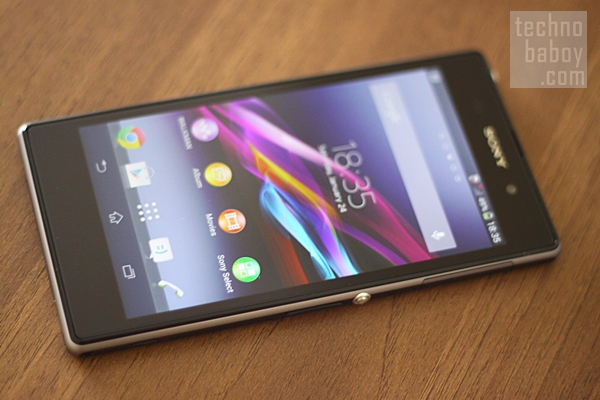 In the Android world, there are only a few handsets that can be considered truly beautiful.  The HTC One easily comes to mind when discussing the most gorgeous Android phones but the Xperia Z, and now the Xperia Z1 are also widely recognized as the most attractive Android phones around.  And there is reason for this. 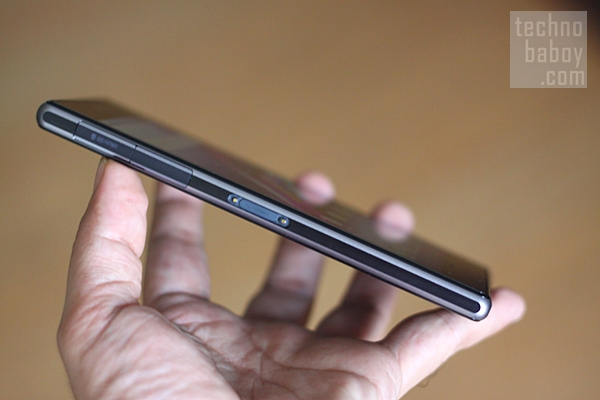 The phone has shiny glass in front and at the back, with a side trimming that’s made of intricately cut metal.  The glass material on the back however gives an impression that the phone is fragile, but the fear is baseless as the phone is reinforced with Gorilla Glass. 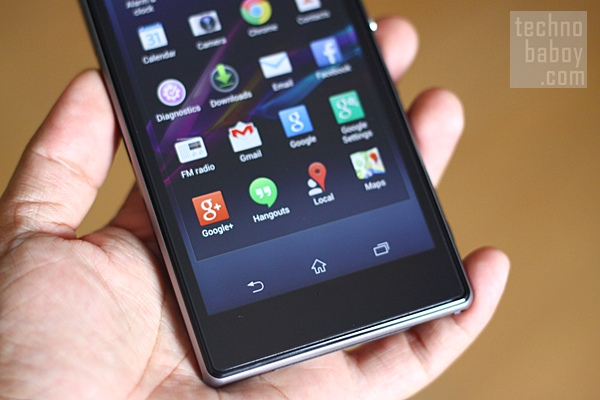 For buttons and slots, it is actually essentially similar with those found on the original Xperia Z.  There are no physical buttons in front as the main controls are all virtual.  The silver metallic power button is still positioned on the right side and below this is the volume toggle.   There is a physical shutter button further to the bottom. 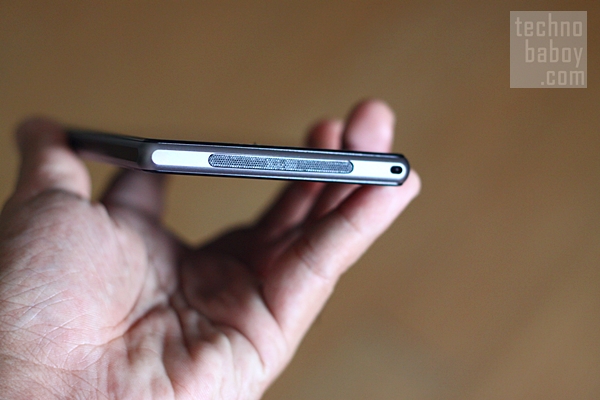 On the upper part of the right side of the phone is the SIM card slot while on the reverse side are the microSD and microUSB slots.  The bottom part shows a speaker grille while the top hosts the 3.5mm headphone jack.  Sony’s use of the flap cover on slots is so precise and well executed that the impression is that the phone has no slots nor buttons, just a silver-colored power button that practically serves as the design highlight. 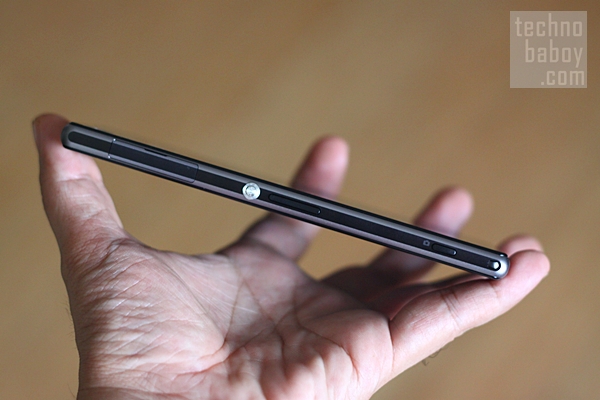 In case you are not aware, the Sony Xperia Z1 is dust and water resistant just like the previous model.  Sony has managed to marry premium and classy design with tough construction and materials, and that’s one reason to consider the Xperia Z1 over other handsets in the market.  There are only a few devices in the market that can claim to be dust and water resistant and most of them are actually from Sony.

With the release of the Xperia Z1, Sony is clearly in the specs war and it made sure that everybody knows that it is.   The Xperia Z1 has been fitted with the best hardware around, and that should only make everyone expect nothing less than the ideal combination of hardware features and a blazing fast performance.

Sony has used top hardware and applied its best technologies to make the Xperia Z1 truly stand out.  Take the phone’s display for instance.   The 5-inch screen has a full HD 1920 x 1080 resolution that features Sony’s display technologies like Triluminos display and X-Reality for Mobile image and video processing.  Sony also uses Intelligent Super Resolution technology that improves low resolution videos.  Sony want’s to compete with the best Android phones from Samsung, HTC and LG but I doubt if it can claim to have the best display in a 5-inch device.   Compared with the HTC One, the Sony Xperia Z1 has a less ideal viewing angle, although colors are sharpness are top notch. Compared with Samsung’s Super AMOLED display, the Triluminous display on the Xperia Z1 is less saturated and on this respect, it actually boils down to personal preference.  Some prefer the overly bright and saturated display but personally, I want the display on my phone to be closer to natural colors.  Which means that I like the display on the Xperia Z1. 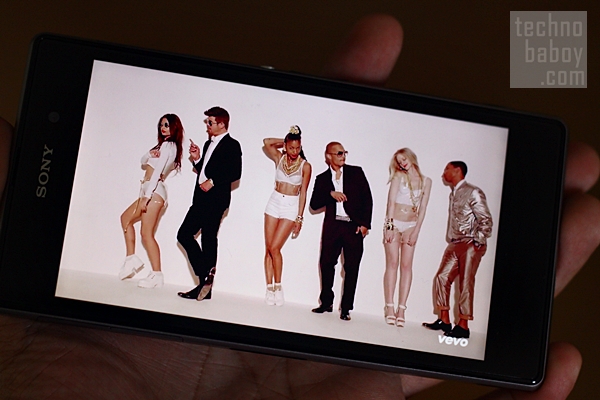 In charge of the Xperia Z1’s processing tasks is a 2.2GHz Snapdragon 800 CPU paired with 2GB of RAM.  This is a potent combination and although it is not the fastest around, it is capable of delivering blazing fast performance.  For connectivity options, the Xperia Z1 has almost everything you’ll ever need from a mobile device.  It has a microSD car slot, Bluetooth 4.0, NFC and LTE connectivity.

Here are the main specs of the Sony Xperia Z1.

The Sony Xperia Z1 is one of the fastest phones I have ever used, probably the fastest by far if its AnTuTu benchmark score is to be the sole basis. The LG G2 is reported to have a similarly fast performance but I have yet to use one so for now, the Sony Xperia Z1 is the fastest.  The Sony Xperia Z1 got a very impressive 34,145 score on AnTuTu while on Quadrant, it was able to get an equally ipressive 19,817 score.   These numbers are up there with the best and thankfully, in actual use, it translates to really fast performance.  The phone is too fast apps just load almost instantly.  Navigation is also buttery smooth and multitasking is easily handled by the Xperia Z1. 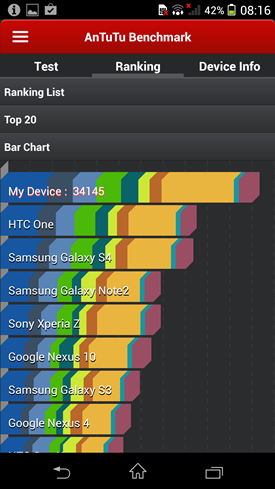 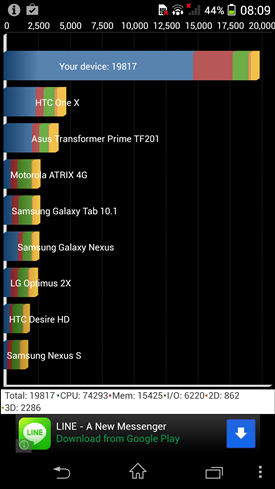 Running games and playing videos are also handled quite easily by the Sony Xperi Z1.  I ran Nenamark 2 on the phone and it resulted in a score of 60.  This is a really good score should make the Xperia Z1 ideal for gaming. 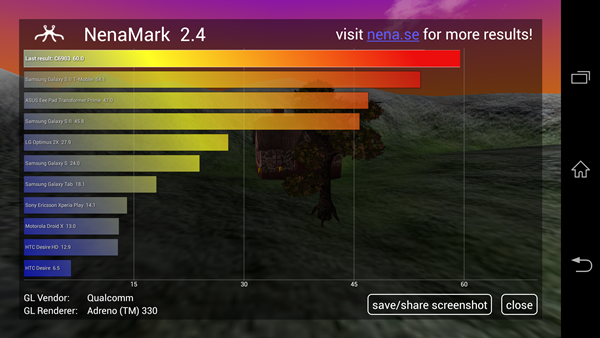 The Sony Xperia Z1 runs Android 4.2.2, which is really quite baffling since other flagships are already running Android 4.3.  It would have been ideal if the phone ran Android 4.2 out of the box.  Sony will surely come out with an Android 4.3 update in the future so this is really not a real issue.  Hopefully, the update comes fast as Sony has a habit of delivering slow updates with its previous handsets.  In any case, Android 4.2.2 is already a fantastic Android version and there are no considerable differences between the two versions.  .

The Sony Xperia Z still runs Sony’s UI on top but this time around, Sony polished the UI and it is now better than ever.  It runs smoother and quicker and overall, it is just beautiful.  There are still preloaded apps and software and while some can be uninstalled, others cannot.

Here are a few screenshots showing the Xperia Z1’s UI. 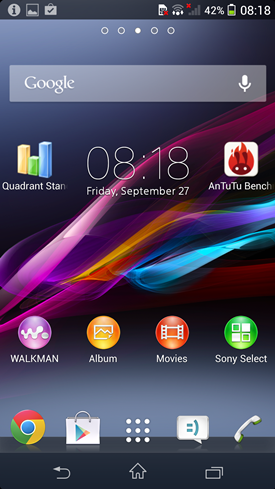 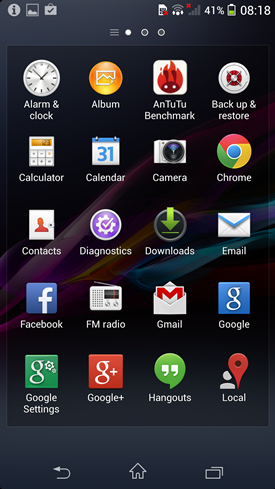 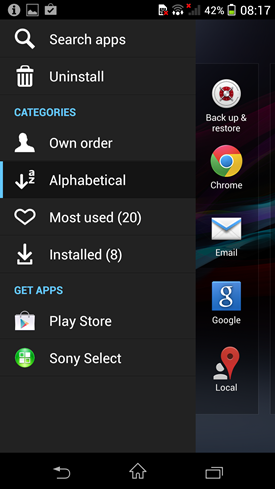 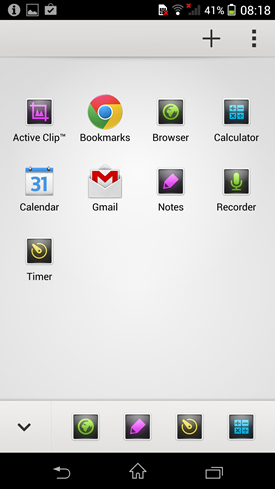 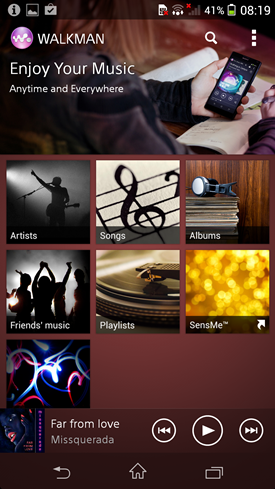 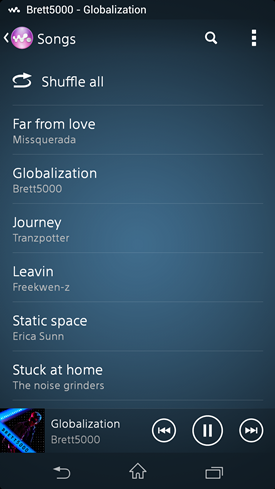 The fast processing performance is not only the distinguishing feature of the Sony Xperia Z1.  In fact, with the way this phone is being marketed, the camera is essentially the phone’s biggest highlight.  Apart from the Nokia Lumia 1020, the Xperia Z1 has the biggest sensor in a smartphone at 20.7 megapixels. 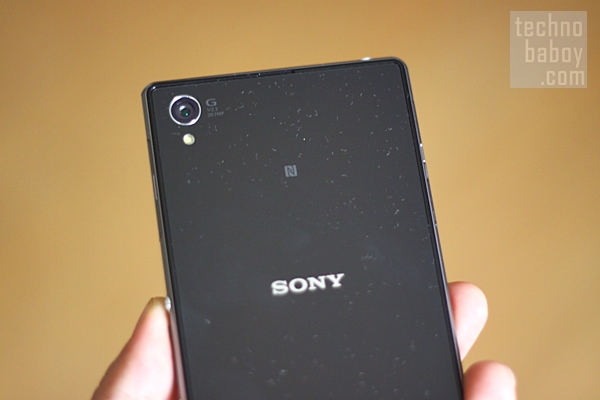 The 20.7-megapixel rear camera of the Xperia Z1 is quite impressive if we take into account the fact that it is housed in a really thin body.  This type of sensor is normally seen in point-and-shoot cameras and DSLRs but Sony manages to use a high resolution camera for the phone and the fact that the device is too thin is another reason Sony’s design team should be applauded.  Nokia also impressed us with the 41-megapixel sensor on the Lumia 1020 but in contrast, the camera on the Lumia 1020 needed to be paired with a lens that results in a rather thick bulge at the back, making the Lumia 1020 bulky when compared to the Xperia Z1.

For smartphone users, a 20.7-megapixel camera is actually too much seeing that smartphones are usually used to upload photos to social networking sites.  Of course it doesn’t hurt that something like the Sony Xperia Z1 offers a more serious camera setup.  The phone uses an f/2.0 G Lens and BIONZ image processing that makes it possible to take point-and-shoot level photos.

In terms of quality of photos, the Xperia Z1 is capable of delivering truly excellent photos.  There’s a good representation of colors and shots are really sharp.  The Sony Xperia Z1 processes shots in an attempt to improve their quality.  However, when you zoom in, sometimes you can see some traces of excessive post-processing and noise reduction.   This is of great for casual shooters who cannot be bothered with editing but for those who want unaltered shots, Sony’s editing could be an issue.  Overall however, shots on the Sony Xperia Z1 look great as shown in the sample photos below.

The Sony Xperia Z1 is one of the best Android phones right now.  Once you hold and use the phone, there’s no way your impression can go any other way.  The excellent design and construction coupled with fast hardware and top-notch camera make the Xperia Z1 a lust-worthy device.   It’s still not perfect smartphone despite the efforts of Sony, but it is close.  Looking at the current crop of Android smartphones, not one can be considered perfect.  But the Sony Xperia Z1 comes really close to being perfect.  For a smartphone, it offers so much more than what normal users actually need.  The full HD display, the super fast processor, the high megapixel camera and the high quality hardware all feel like elements of luxury.  In other words, the price of the Sony Xperia Z1 is justified with the number of things it offers.  If you have the cash to spare, the Sony Xperia Z is definitely a worthy option.

The Sony Xperia Z1 featured in this review was provided by dbgadgets.net.  The phone can be purchased on this Philippine online gadget site for P31,800.